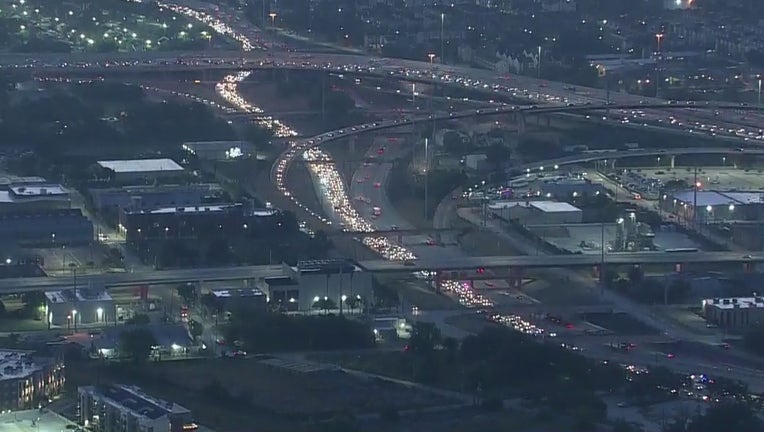 A deadly crash shutdown I-10 westbound lanes for several hours.

HOUSTON - A driver died in a crash on the I-10 East Freeway near Downtown Houston early Tuesday morning.

The crash occurred around 3 a.m. on I-10 near the I-45 North Freeway entrance ramp.

Two pickup trucks were involved in the crash. Police say the vehicles collided, one of the trucks went across all the lanes of traffic and crashed into an area with some trees.

The driver of the pickup truck that crashed into the tree died at the scene.

Police say the driver and a passenger in the other pickup truck remained at the scene, and the driver was not impaired. The passenger reported minor injuries but was not transported to the hospital.

The westbound lanes of I-10 were shut down for several hours during the investigation, but the roadway reopened shortly before 8 a.m.