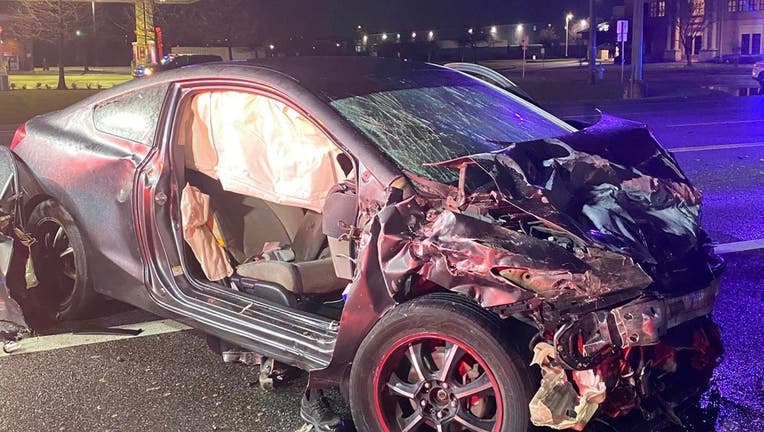 A driver is accused of street racing and driving while intoxicated in a crash that left him and two others hospitalized early Tuesday morning, according to authorities.

The two-vehicle crash occurred near FM 1960 and Kenswick Drive around 2:50 a.m.

According to the Harris County Pct. 4 Constable’s Office, the suspect and his passenger were injured in the crash, as well as the driver of a Cadillac who was not involved in the race. 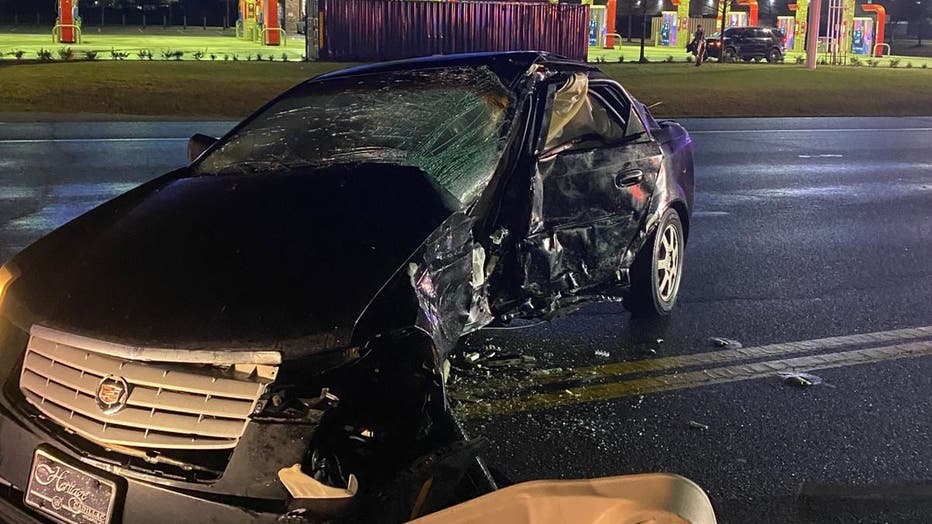 Authorities say a Cadillac driver, who was not involved in the street race, was injured in the crash. (Photo: Harris County Pct. 4 Constable's Office)

The second suspect vehicle involved in the race was no longer on scene, authorities say.