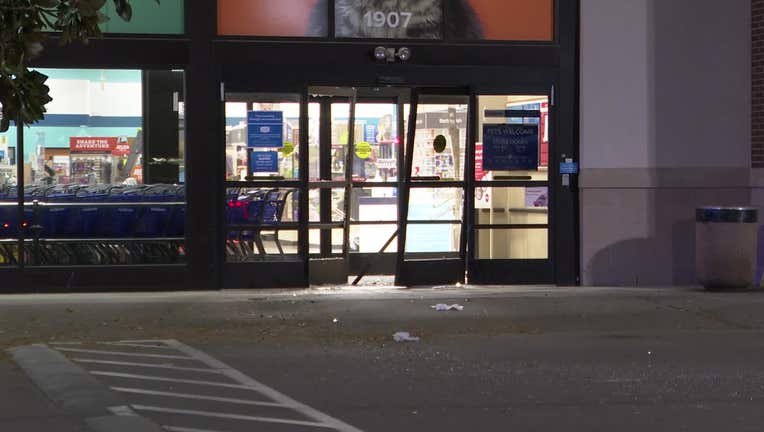 HOUSTON - A man who rammed his vehicle into a Petsmart store and tried to run over employees was taken into custody after a pursuit, Houston police say.

The incident began at the store on Taylor Street near I-10 on Monday night.

According to police, the man rammed his vehicle into the store and then tried to run over employees who were recording him.

A police helicopter happened to be in the area and tracked the man from overhead. Patrol units started following him as he drove.

Police say at some point the suspect struck a pickup truck and then noticed an HPD patrol vehicle behind him. Authorities say he gave the officer the bird and reversed into the patrol vehicle before driving off again.

Eventually, the suspect stopped and got out of his car near I-10 and Washington. Police say he ran and hid behind a building.

A K9 unit was able to locate him, and he was apprehended.

Police say the suspect was being evaluated to determine if he may have been on drugs or having a mental crisis.

The district attorney’s office will be contacted to determine charges.