All the cards will feature a new look with an updated design and enhanced security features. The driver's license and ID cards will also feature visible and discrete identifiers on the front. 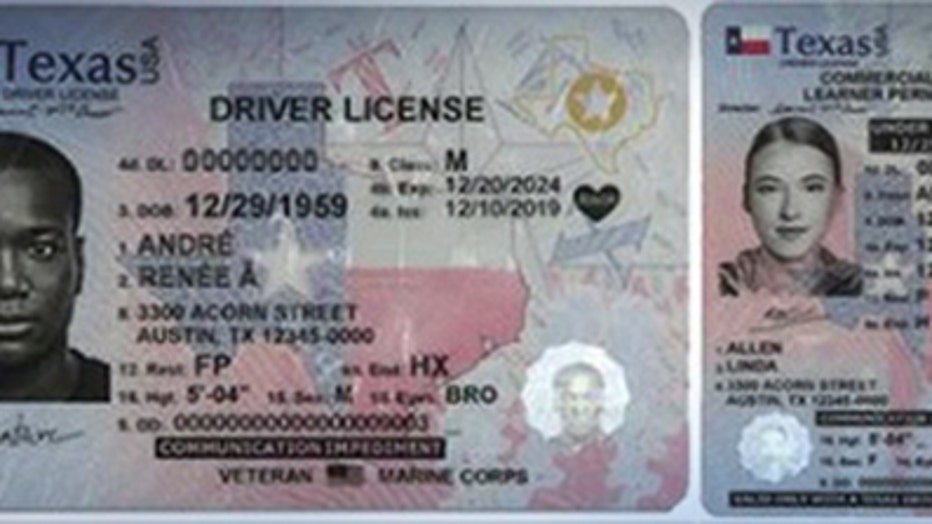 The new DL and ID cards will be made of polycarbonate material, which DPS says is more tamper-resistant and harder to reproduce and will feature laser engraving to provide added protection against alterations and forgeries. There will also be an identifier on the front of the card for those with health conditions that may hamper their ability to communicate with others. The new design will also identify veterans and disabled veterans, along with their branch of service. Additionally, DPS says the new card features meet the American Association of Motor Vehicle Administrators' national standards.

The new cards will be REAL ID compliant, as noted by the gold star in the upper right corner. Texans with cards without a gold star can visit online to check their eligibility to renew early or request a duplicate card that’s REAL ID compliant. Beginning Oct. 1, everyone will need a valid passport, U.S. military ID or a REAL ID-compliant driver license to travel on commercial airlines or enter federal facilities. 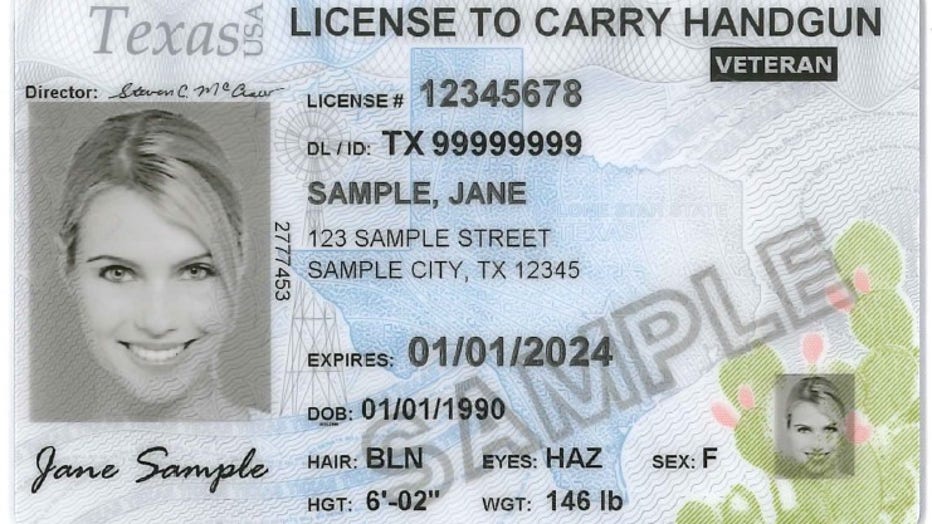 As part of the redesign, the Texas License to Carry Handgun cards will also debut a new look and new features, including laser engraving and a durable, tamper-resistant polycarbonate material.