LOS ANGELES -  Even with mortgage rates hovering near all-time lows, rising home prices are putting more pressure on buyers to come up with a bigger down payment.

In the April-June quarter, the median down payment on a single-family U.S. home was $13,955, a 15.3% increase from a year earlier, according to industry tracker Attom Data Solutions. In the first three months of 2020, it vaulted 29% from the same period in 2019.

The trend follows a steady climb in U.S. home prices this year. As of August, they were up 5.2% from a year earlier. 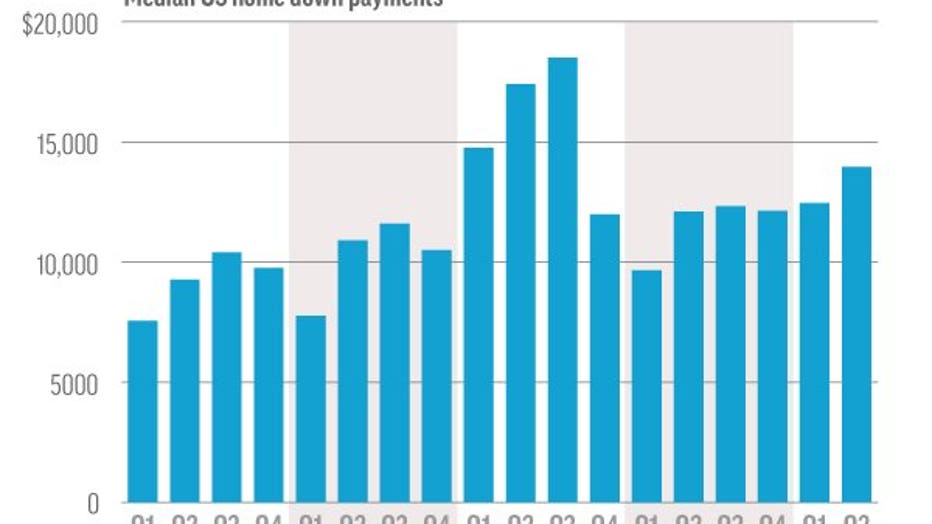 The rise in home prices is stretching the limits of affordability for many Americans already struggling to save for a down payment.

“Home values are increasing approximately twice as fast as typical incomes,” said Chris Glynn, senior economist at Zillow. “There’s this divergence between home values and the salaries and incomes that buyers have to keep up with that.”

That divergence shows no signs of easing, given the combination of extremely low inventory of homes on the market and fierce competition as more millennials look to transition from renting to owning.

Demand for homes has been strong this year, despite a brief slowdown in the early days of the pandemic. Sales of previously occupied U.S. homes surged 9.4% in September to a seasonally adjusted annual rate of 6.54 million, according to the National Association of Realtors. 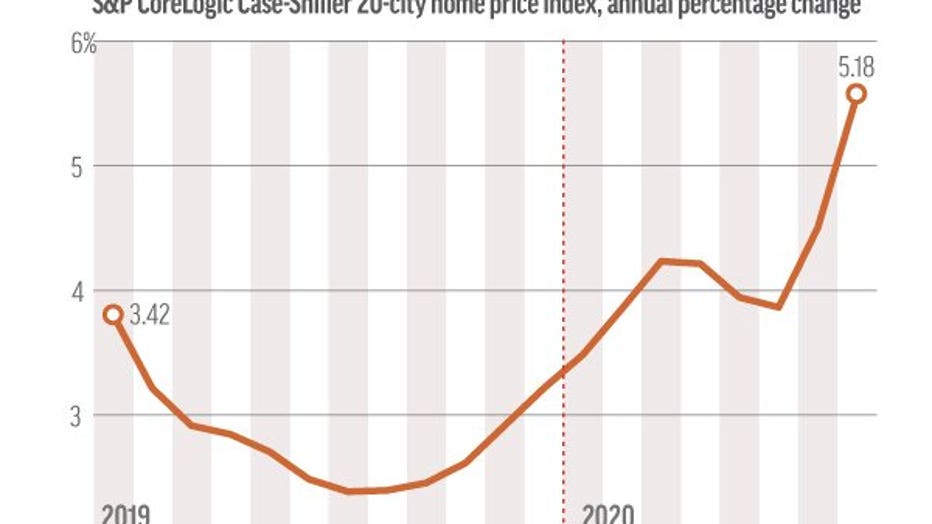 That sales pace was the highest since February 2006, the peak of the last housing bubble, and left just 2.7 months of available homes on the market, a record low.

The thin inventory of homes helped drive up the median selling price to $311,800, up 15% from a year earlier, according to NAR.

Ultra-low mortgage rates have been a key driver for the housing market. The average rate on a 30-year fixed-rate mortgage was at 2.81% last week, little changed from the all-time low of 2.80% the previous week. The rate averaged 3.78% a year ago. 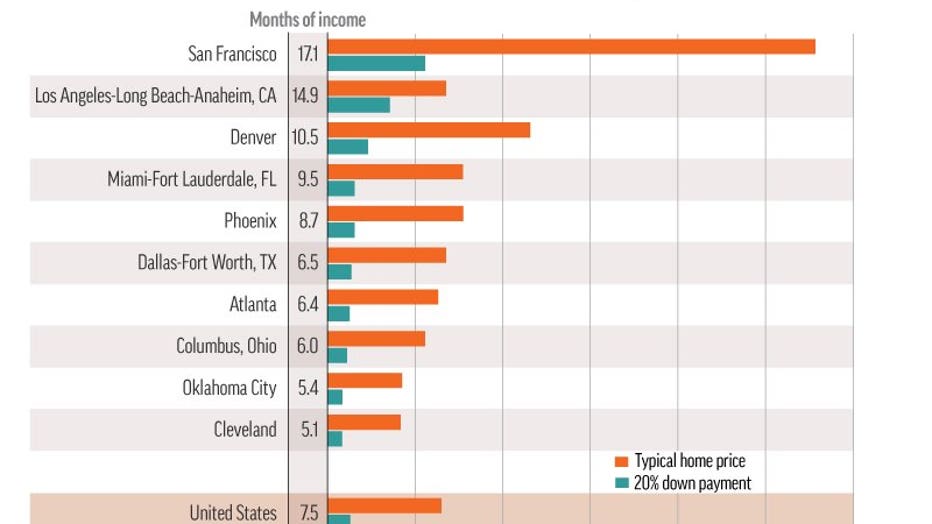 While low mortgage rates have made monthly home loan payments more affordable, they don’t alter the fact that most down payments are indexed to some percentage of the sale price of a home. So, higher prices lead to bigger down payments.

“The second side of that coin is that getting into the position where you have a down payment for a home to begin with has continued to get more difficult,” Glynn said.

How much a buyer opts to put down on a home can vary widely, depending on their mortgage. Some government-backed home loans require as little as 3% down, while homebuyers who want to avoid paying private mortgage insurance premiums will put down at least 20%.

The average U.S. median down payment has ranged between 10.6% and 11.8% going back to 2014, according to data from Realtor.com drawn from 35% of mortgage transactions nationwide.

A recent analysis by Zillow underscores how costly it can be to save up for a 20% down payment on a home these days. The real estate listings and data company found that it would take nearly eight months for a U.S. household making the median annual income of $83,675 to save up the $51,981 needed for a 20% down payment on a $259,906 home. That home price is based on the average of the middle-third of the housing market.

The housing market’s trends point to higher home prices and, as a result, a longer road to saving for a down payment. Home prices have to come down or incomes have to rise sharply to ease the financial pressure on buyers.

In terms of home prices, at least, that doesn’t seem likely. Zillow expects the price of a typical U.S. home to rise 7% over the next 12 months.

“What that means is an additional $3,600 toward a down payment for the median U.S. home,” said Glynn. “That means you have to save an additional $300 a month over the next year just to keep up.”