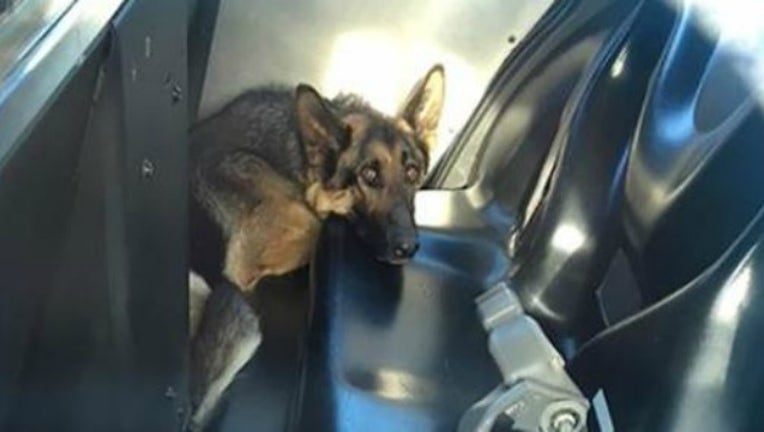 Police rescued a German Shepherd, nicknamed "Freeway Frida," who survived for nearly five weeks on a highway median in California.

Galt police said they received multiple calls about the dog over the past month, but every time they responded, she was no where to be found.

The first caller reported a dog falling or jumping out of a pickup truck in the area, according to police.

Frida was finally rescued by two officers Saturday morning. When she was captured, she weighed 44 pounds, more than 20 pounds underweight, and had a broken leg.

She's now recovering and gaining strength at an animal hospital near Sacramento. A veterinarian says she gained three pounds between Saturday and Monday. Police are hoping to track down her owner.