Despite no home team involved, there was still a lot of excitement for Game 1.

And even though the home team isn’t playing, there was still plenty of anticipation heading into Game 1.

It was a much different atmosphere than what fans are used to. They’re at a neutral site this year, no tailgating and only about 25% capacity in the ballpark.

But despite that, there was still a lot of excitement for Game 1. 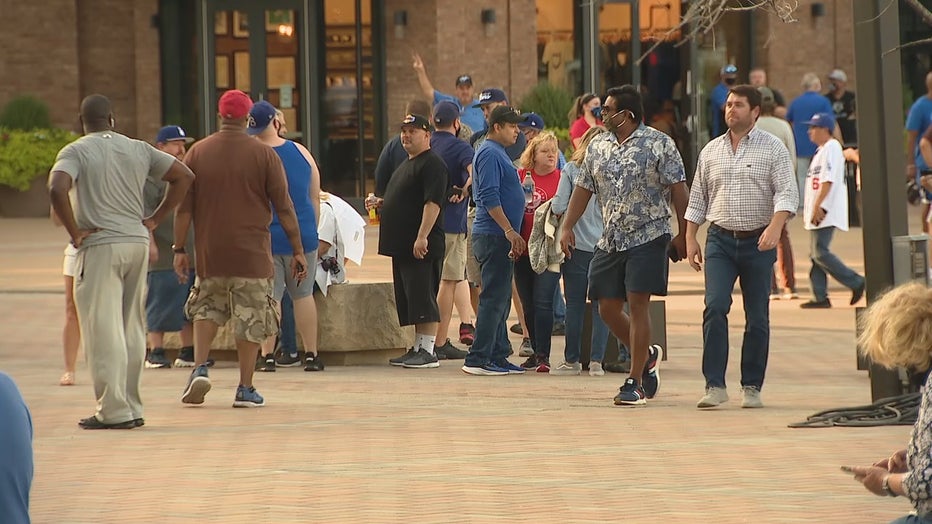 At the top of the game, there was a special moment of recognition for the healthcare workers who have been on the front lines of the pandemic.

Among those honored was a nurse practitioner who traveled from San Antonio to New York city, a transplant nurse who volunteered to work the COVID unit at Parkland and a married couple who drove from Tulsa Oklahoma to New York in April to help during the first wave and then drove to Texas to help out here.

The Thompson family is cheering on one of their own: their relative, Rays bullpen pitcher Ryan Thompson.

“We followed him through his Triple A through college and everything and this the cream of the crop right here, the World Series,” said his grandfather, Ed Thompson.

Because of the coronavirus, none of them could be there for his rookie year debut. Game 1 is the first game they get to watch him in the major leagues.

“To see my cousin actually probably play in the game, this is a once in a lifetime experience,” Tate Thompson said.

Lifelong Dodgers fans Rick and Becky Garcia are on a cross-country road trip but had to make a stop at Globe Life Field for Game 1 of the World Series just to take in the moment. 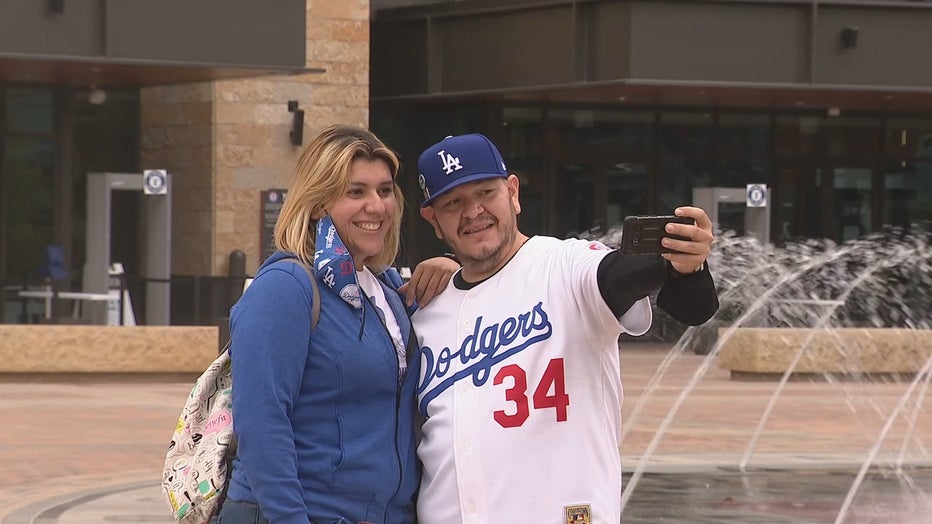 “This is our first time,” Rick said. “I was just hoping to just take a picture and say, ‘I was here Game 1 at the stadium.’”

After searching all morning for tickets, the Garcias finally landed some seats.

Tim and Gayle Santillan are in town from San Diego and pulling for Tampa Bay.

Even though the home team is not playing, there is still plenty of anticipation heading into Game 1.

But the experience was different this year. There’s no tailgating in the lots before the game.

“It was a party atmosphere all night long out there in San Diego in ’84,” Tim recalled. “People were there tailgating. It was a fantastic experience having all those fans excited about their local team going to the World Series. So that’s what’s going to be different here: it’s not the local team.”

There were also restrictions inside the ballpark, like limited seating separated into small pods. Only 11,500 tickets are available for a stadium that seats more than 40,000. Masks were required inside, and cashless transactions limited interactions between ballpark staff and fans.

“I’m sure they took their precautions as well, and we’re taking our precautions. We have our mask, we have our hand sanitizer, social distancing,” the Garcias said. “Doesn’t mean you can’t be loud out there cheering. They’ll hear me.”

But regardless, fans were excited to be at the first World Series held at a neutral site.

“It’s hard for your team to get to the World Series in the first place,” Rick said. “But to have an opportunity to get into the park, my gosh. Pandemic or no pandemic, it’s awesome.”

A few other safety precautions the stadium took: no seats were sold within 20 feet of any players on the field. That includes the dugouts and the bullpen.

All tickets are digital this year and, of course, hand sanitizing stations throughout the ballpark.