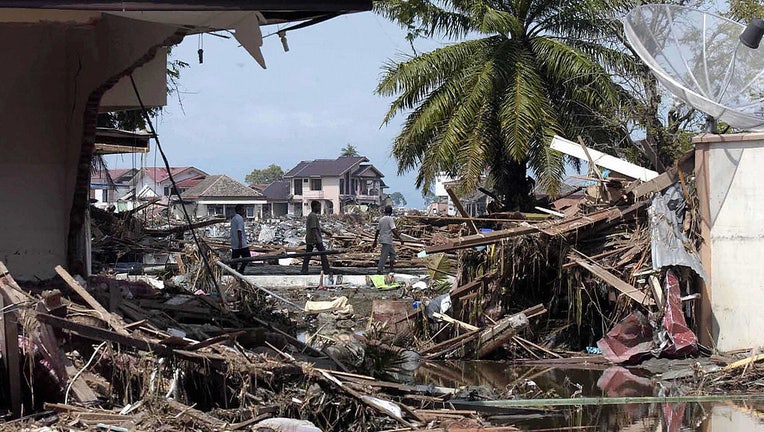 FILE-Residents of Banda Aceh walk through a scene of destruction on December 27, 2004, following a devastating quake and series of tidal waves that struck the province in Indonesia. (BAY ISMOYO/AFP via Getty Images)

A new study led by researchers at the University of Michigan has determined that a dinosaur-killing asteroid that smashed into Earth 66 million years ago produced mile-high waves around the globe as part of a megatsunami.

Researchers said they reviewed geological records at more than 100 sites around the world that helped them determine impacts were experienced thousands of miles away from the impact zone of the 8-mile-wide asteroid.

"This tsunami was strong enough to disturb and erode sediments in ocean basins halfway around the globe, leaving either a gap in the sedimentary records or a jumble of older sediments," Molly Range, lead author at the University of Michigan, said in a statement.

THE PACIFIC OCEAN IS SHRINKING AND MAKING WAY FOR AMERICA TO COLLIDE WITH ASIA, STUDY SHOWS

Simulations created by the research team showed the asteroid produced a tsunami wave that was nearly 1-mile-high as it propagated outward in all directions. 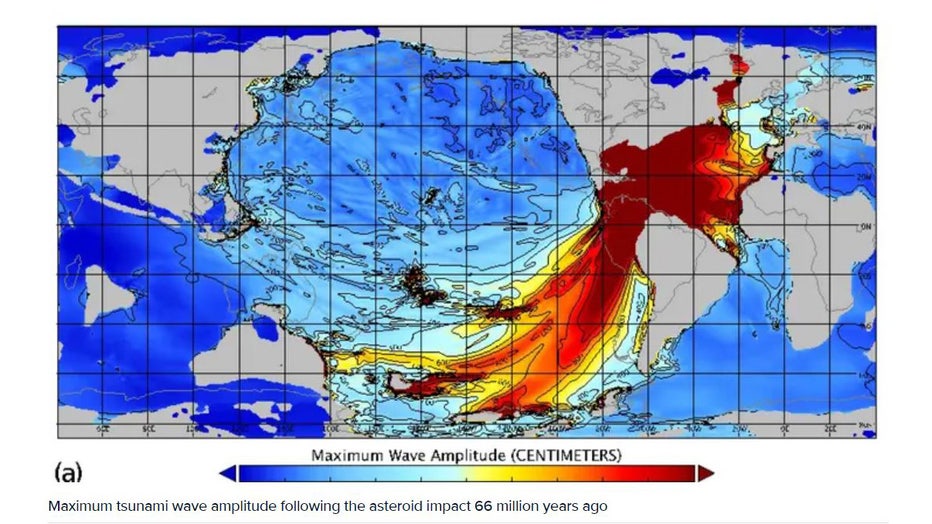 Researchers said that one hour after impact, the wave had already spread hundreds of miles, and by 48 hours, nearly the entire world was impacted.

"Depending on the geometries of the coast and the advancing waves, most coastal regions would be inundated and eroded to some extent," study authors said in a statement. "Any historically documented tsunamis pale in comparison with such global impact." 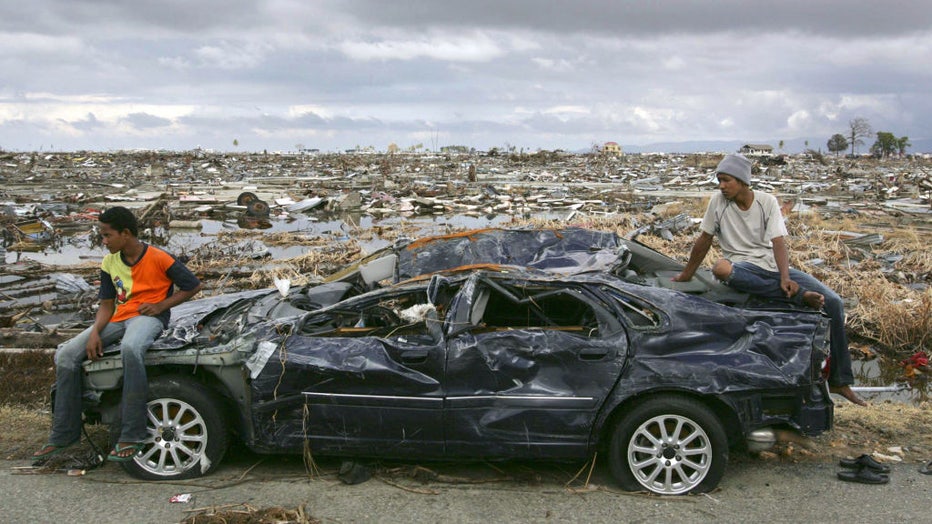 FILE-Two tsunami survivors sit on top of a car which was damaged by the tsunami in January 2005 in Banda Aceh, Indonesia. (Dimas Ardian/Getty Images)

The study suggested that the underwater current likely exceeded .4 miles per hour which was strong enough to erode nearly everything away on the sea floor.

The event was estimated to have produced 30,000 times more energy than the December 2004 Indian Ocean earthquake tsunami, which killed more than 230,000 people.

Researchers are planning to conduct further studies to model the extent of coastal sea level rise during a catastrophic event. 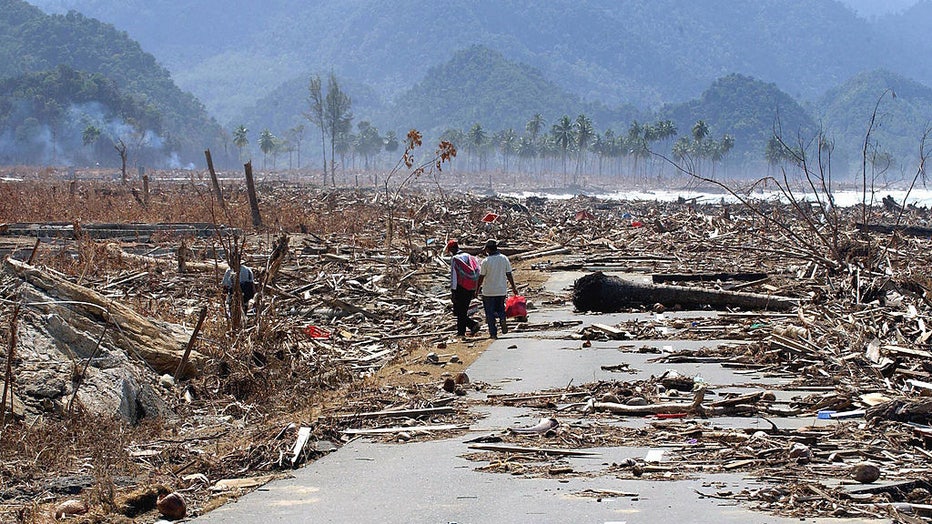 FILE-Two survivors walk down a road covered with debris leftover from the tsunami disaster as they return to look for their homes in the town of Leupung, about 30 kms from Banda Aceh, in January 2005. (CHOO YOUN-KONG/AFP via Getty Images)

The National Oceanic and Atmospheric Administration said the studies will help determine the risks future asteroids pose to life around the world.

Get the latest updates on this story at FOXWeather.com.