Orange glow in Houston sky: What is it?

A glowing orange streak was reported in the Houston sky on Wednesday night. FOX 26 Meteorologist Mike Iscovitz explains what may have caused it.

HOUSTON - FOX 26 received several messages from viewers on our Facebook page Wednesday night about a glowing streak of light in the sky.

So what was it? Aliens? A portal to another dimension? FOX 26 Meteorologist Mike Iscovitz says the answer may have to do with the clouds. 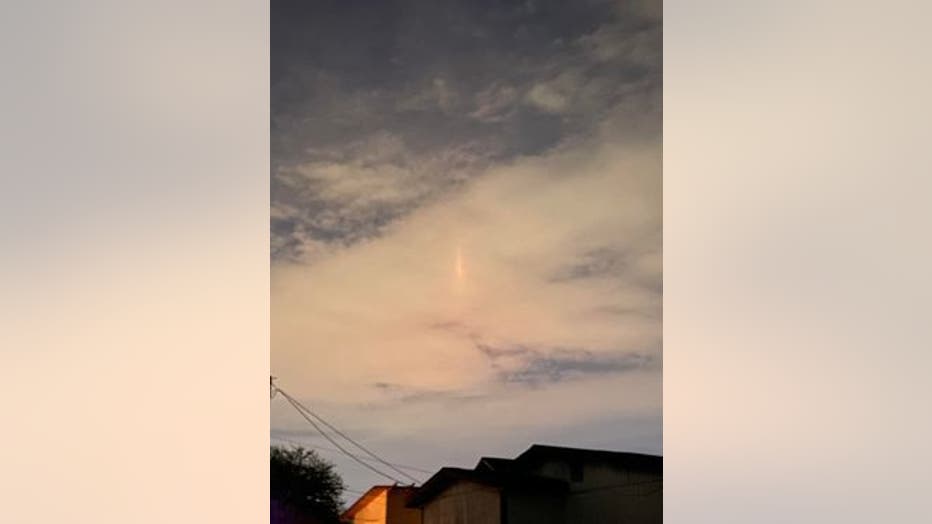 Cirrostratus clouds are made up of ice crystals. The way the ice is arranged makes up little hexagons – like little prisms – and that can create a "light pillar".

This happens a lot in very cold climates. For example, if there’s freezing fog and a streetlight, you can get a light pillar that looks like it shoots straight up out of the streetlight. 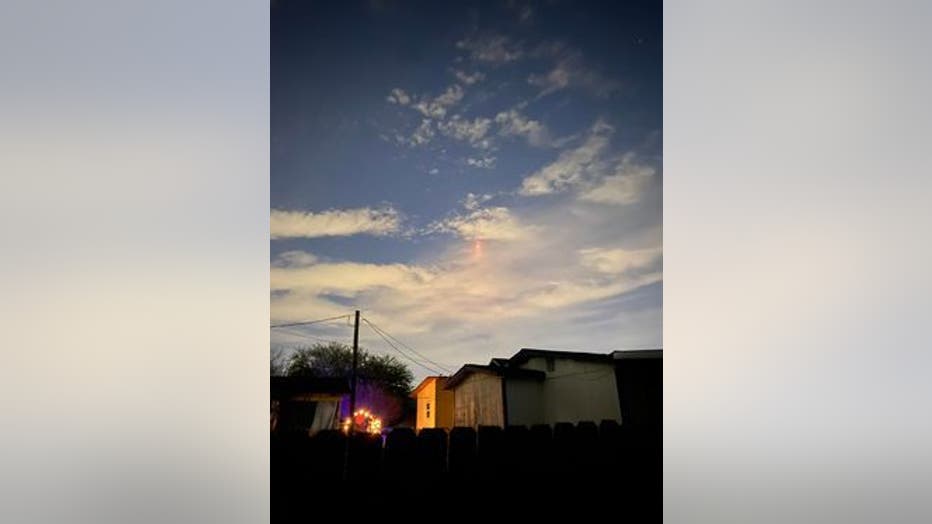 In Houston on Wednesday night, it’s possible there was flaring at a local petrochemical plant, and the clouds caused a light pillar effect.