Pennsylvania authorities said the customer was upset over the store’s customer service.

A Tesla driver appeared to be conked out while driving on I-15 in Southern California last week. A woman passing caught the driver on camera.

An Ohio animal shelter is offering a unique way for people to get over their breakup pain for Valentine’s Day.

The 66-year-old Iowa woman had been pronounced dead at hospice but “gasped for air” when funeral home staff opened the body bag, state officials say.

The flavors of ice given to the zoo's carnivores aren't found at your average summer hotspot: Chicken, minced meat and bovine blood. But 14-year-old lion Simba and the 3-year-old black jaguar Poty lap it up.

“I can’t even imagine wondering and worrying about a lost family member for even a day, let alone for 37 years. That wait is now over for Mr. Alt’s family,” Bucks County District Attorney Weintraub said in a statement.

Arlisha Boykins, 22, was an assistant coach on the JV girl's basketball team at Churchland High School in the Portsmouth Public Schools district.

The radioactive capsule the size of a pea fell off a truck last month. “They have quite literally found the needle in the haystack,” an Australian official said.

"He's grabbing her, covering her mouth…I just saw her scream for help," a witness said before University of Houston police arrived only to find out by 911 dispatchers it was "some type of rehearsal."

The Wild Bird Fund speculated that the bird was dyed for a gender reveal party.

The couple filing the lawsuit claim that smoke and fumes from the pizza oven give them headaches, makes them cough, and causes dizziness.

A 15-year-old boy accidentally locked himself inside a shipping container while playing hide-and-seek. He was found six days later in another country.

Want to own a piece of history? An abandoned mining town in southwestern Colorado has landed on the real estate market and the photos highlight its storied past.

A snowman the size of a house is bringing tourists to a neighborhood in Buffalo, Minnesota, to get a peek at the momentous undertaking.

Hold your breath for this one: a recent survey from LawnStarter found Houston to be the third most polluted city due to its greenhouse gas emissions from large industrial facilities and also has the biggest cockroach problem. 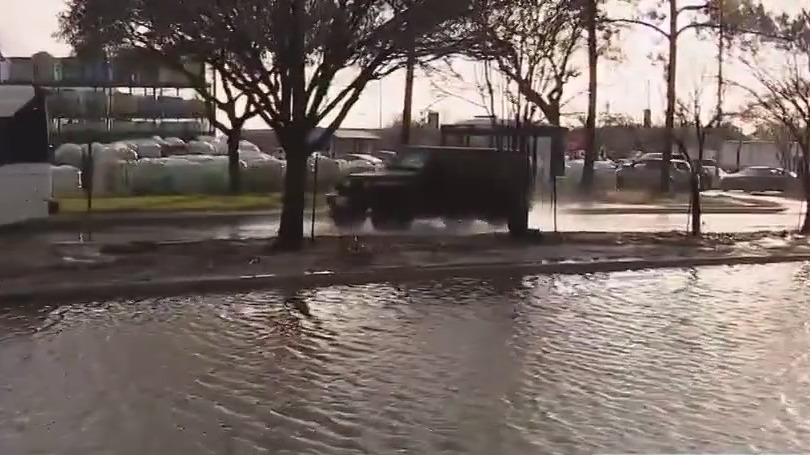 FOX 26's Tom Zizka was live in west Houston, where a Jeep driver pushed their way through the flood waters. This after residents are asked to "turn around, don't drown" amid the heavy rain around the Greater Houston area.

Authorities say the man stole multiple items, including alcohol, from a restaurant and defecated on the floor before leaving.

Cape Elizabeth Police said the seal was captured and released back into the ocean three times.

One northwest Harris County community is dealing with a stinky situation. A woman says she's had bags of human waste thrown into her backyard several times.