Investigators are looking for the men involved in an aggravated armed robbery in west Harris County on July 6.

HARRIS COUNTY, Texas - Investigators are asking for the public’s help in identifying two suspects involved in an aggravated robbery and aggravated assault in west Harris County.

They released the above surveillance video in hopes that someone will recognize them.

On Tuesday, July 6, deputies were called to a residence in the 15700 block of Misty Heath Lane in the Berkshire subdivision.

The 22-year-old female victim told deputies as she was walking up to her home from parking in her driveway, a male suspect ran up behind her and demanded her vehicle keys.

He was armed with a handgun and pointed it at the victim's head.

The suspect is described as a Hispanic, 5’5 to 5’6 in height, a skinny build with short dark curly hair.  He was wearing a black colored hoodie. 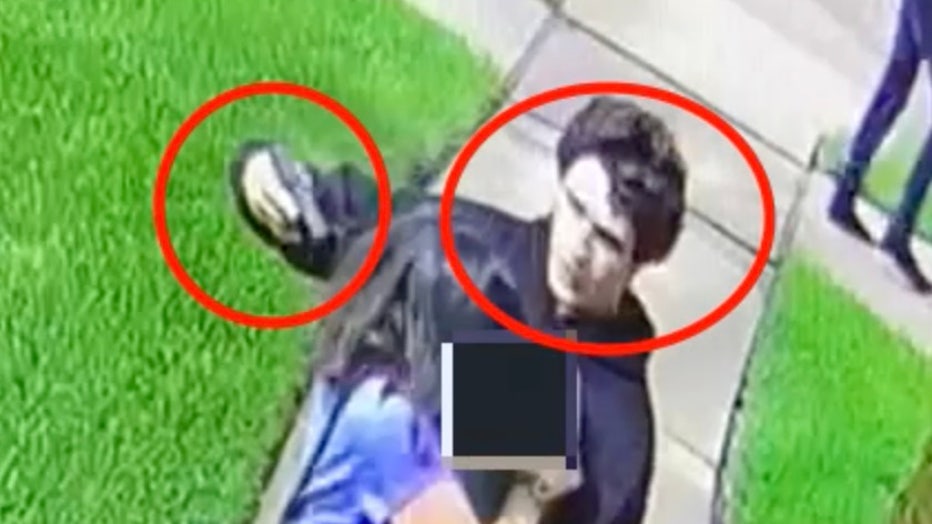 In the video, a second male suspect is seen standing on the sidewalk of the residence. He is described as a Hispanic, who is 5’0 tall. He's believed to be a young juvenile in age 13 to 16 years old.

Both suspects entered the victim's red-colored 2011 Nissan Sentra and drove south on Bryngrove lane from the subdivision.

Just a few minutes later the suspects were involved in a minor car accident after they rear-ended a vehicle at the intersection of W Little York and Queenston Blvd.

The victim tried to follow the suspects, but stopped when the older suspect shot his handgun in the air.

Crime Stoppers may pay up to $5,000 for information leading to the location and arrest of the suspects featured. Information may be reported by calling 713-222-TIPS (8477), submitted online at www.crime-stoppers.org or through the Crime Stoppers mobile app. All tipsters remain anonymous. Only tips and calls DIRECTLY TO Crime Stoppers are anonymous and eligible for a cash reward.