Police looking for gunmen after shots fired into Channelview homes

Harris County Sheriff’s Office is looking for the shooter after he fired shots into a couple of homes last night.

CHANNELVIEW, Texas - The Harris County Sheriff’s Office is looking for a gunman after he fired shots into a couple of homes Monday night, leaving a woman with a graze wound. It happened in the Rancho Verde neighborhood of Channelview around 8 p.m.

Neighbors say at first they thought the shots were firecrackers. Sheriff’s deputies say they even got a call about fireworks. The call changed when bullets ripped through a couple of homes.

“I felt it,” said Angel Torres, who was grazed in the ankle. “I was like in shock because it hurt.”

She and her stepdad were working on a car in their driveway on Rancho Grande Drive when the bullets flew through the open garage door. 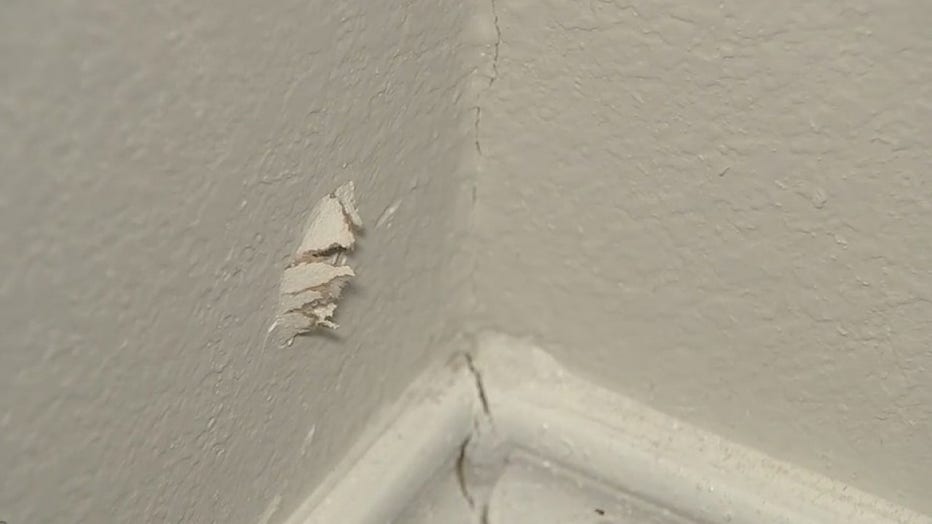 “It grazed the fridge right here, and then it went straight,” said Torres, pointing out the bullet hole in the back wall of the garage.

She says she saw the gunman firing shots from the grassy area across the street. She said it was difficult at first to determine what he was doing because it was dark out.

“I just seen a spark,” said Torres. “It looked like a firework, but it came at us from pretty far away.”

She said she didn’t realize until about 30 minutes later that she’d been grazed by a bullet.

“He kept running down the street this way, and that’s where we heard like ten more shots, and then we saw him run back,” said Torres.

One of those bullets went through a home on Rancho Plata Drive across the block.

“We realized that there was a bullet hole there, so we traced it back to the bottom corner,” said the homeowner who didn’t want to disclose his identity for fear of safety.

He pointed out the bullet hole in the wall of his living room and showed where the bullet went on to pierce his kitchen bar.

“And we do have a 3-year-old daughter just running around,” he said. “It could have impacted her.”

Sheriff’s officials say they are looking for the shooter but don’t have a good description—just that he was dressed all in black and small in stature—possibly a juvenile.

If you have any information that could help detectives, call the Harris County Sheriff’s Office.