The City of Houston Public Works Department is investigating what went wrong to cause the collapse.

HOUSTON - More than 24 hours after the collapse of a stairwell, at a high-rise construction project, that killed three, the long process of investigating the cause of the accident is just beginning.

Construction on the foundation of the new Marathon Oil building started late last year, and the City of Houston issued a permit to build the tower in May. 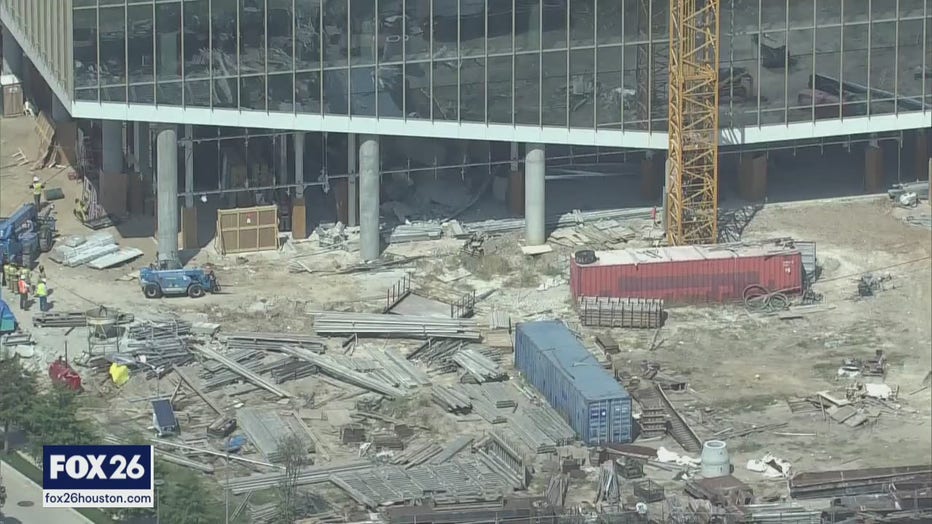 Somewhere, in the ensuing months, people who look at construction-defects say something went very wrong. "For a collapse, like this, to happen means that several systems had to fail and several people didn't do their job," says construction defect attorney Marc Gravely. He has handled dozens of cases where buildings and projects that shouldn't have had a problem, suffered some kind of failure.

At the Marathon Oil building project, Gravely says investigators will, likely, begin with two key areas. First will be the various inspections conducted by all the parties involved: The architects, engineers, contractors, and the city.

RELATED: 3 dead, one rescued after building collapse in west Houston

There will be a paper trail of who signed-off on each step of construction. "Part of the staffing includes inspectors, safety inspectors and quality inspectors, and all those inspectors will have, likely, walked those very steps, that collapsed, hundreds of times during the course of the project," says Gravely.

The City of Houston Public Works Department says inspectors conducted a structural inspection Friday, and were at the site Monday before the collapse, to authorize a separate step in construction.

Attorney Gravely says investigators will also, likely, review the materials and techniques that were used to build the stairwell. "They'll also look at the types of bolts and concrete that was used," he says, "You know, there's a big problem, these days, with counterfeit parts. That includes, unfortunately, steel, bolts, and it could also include 'bad' concrete work on the project."

While those explanations are only speculation, the accident does threaten the structural integrity of the building. The collapse adds stress that the building wasn't designed to handle, and it will have to be re-evaluated before any work is allowed to continue. "If there's something wrong of a magnitude, like this, with part of the building," says Gravely, "In my experience, there's almost always something wrong with another major system in the building."

The investigation could take months to complete. At the very least, construction will be halted, or curbed, until it's finished. At the worst, attorney Marc Gravely says, a weakness could be uncovered that requires part, or more, of the building to be rebuilt.