A Dallas salon owner will spend 7 days in jail after she refused to apologize for opening her business in defiance of countywide restrictions.

DALLAS - A Far North Dallas salon owner will spend 7 days in jail after she refused to apologize for opening her business in defiance of countywide restrictions.

A Dallas County judge offered Shelley Luther, the owner of Salon a la Mode, a deal: apologize for being selfish for having her salon open while everyone else’s were closed, pay a fine, shut down until Friday and she could avoid jail time.

“Your actions were selfish, putting your own interests ahead of the community in which you live,” said District Judge Eric Moye. “You disrespected the orders of the state, the county and this city.”

But Luther was not compelled by the offer.

"I have to disagree with you, sir, when you say that I'm selfish because feeding my kids is not selfish,” Luther said. “I have hairstylists that are going hungry because they would rather feed their kids. So, sir, if you think the law is more important than kids getting fed, then please go ahead with your decision. But I am not going to shut the salon." 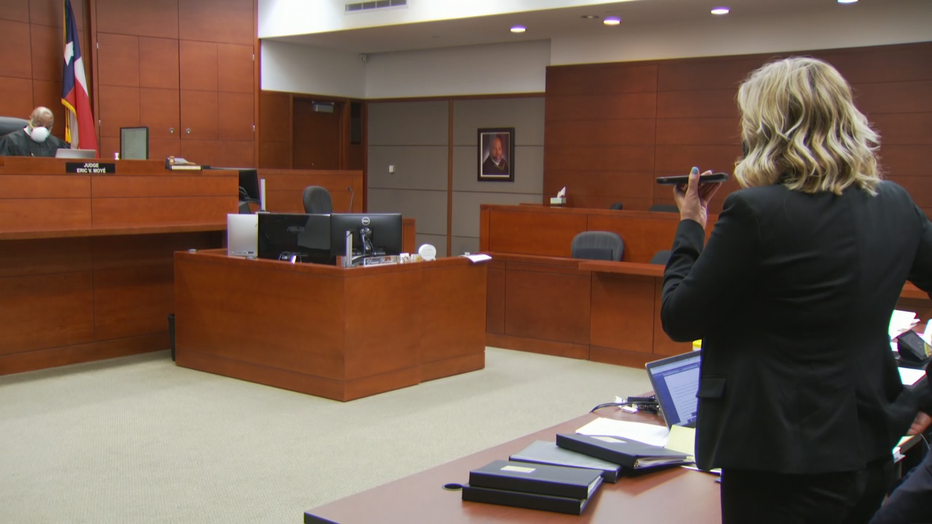 The judge found Luther and her company, Hot Mess Enterprises, guilty of civil and criminal contempt of court. She was taken into custody and sentenced to seven days in jail, one for each day her salon was open after the court ordered her to close.

Luther’s attorney, Warren Norred, said they will appeal and mocked the judge.

“If you’re not willing to die for your fellow countrymen then it’s you that is selfish,” Norred said. “As opposed to, maybe the vulnerable can just stay inside and order pizza, or we can bring them things.”

Judge Moye had previously granted the city of Dallas a temporary restraining order and told the salon owner to close her doors immediately. He agreed the business posed "adverse public health effects" from the spread of COVID-19.

But Luther, who had already been cited by city officials, ignored the TRO issued by the judge.

Luther’s sentence was seven days in jail for the criminal violation and seven days for the civil violation. The sentences will run concurrently.