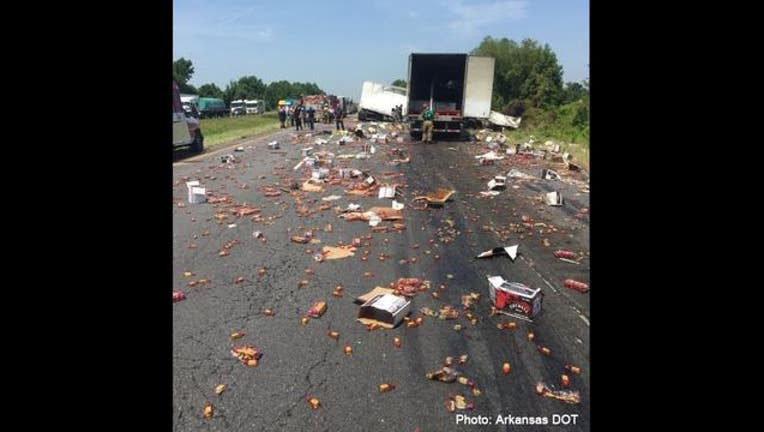 Two tractor-trailers collided Thursday on Interstate 40 in central Arkansas, causing one to spill hundreds of mini-bottles of the cinnamon-flavored whiskey on the highway.

Over the past year, Arkansas drivers have endured a veritable feast spilled on their roadways. Trucks carrying bourbon, frozen pizzas, pasta sauce and gin have all dumped their wares on the asphalt.

State Department of Transportation spokesman Danny Straessle says investigators are still looking into the cause of Thursday's wreck, which caused major delays in both directions for a few hours.

He says one truck's cab caught fire and at least one person was treated for non-life threatening injuries.