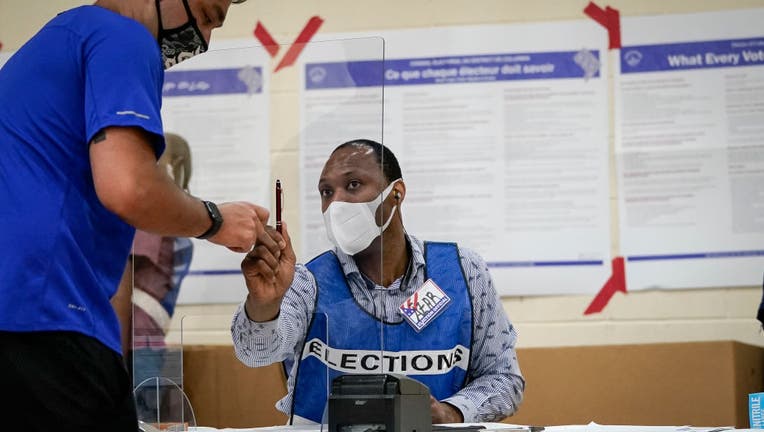 WASHINGTON, DC - JUNE 02: An election official wears a mask and sits behind a plastic barrier as he checks in voters at McKinley Technology High School on primary election day on June 2, 2020 in Washington, DC. On Tuesday, nine states and the Distric

Pulliam ruled this week that not requiring face coverings inside Texas polling places created a discriminatory burden on Black and Latino voters, who face higher risks of death and severe illness from the coronavirus.

Texas elections administrators had expected Pulliam’s ruling to be put on hold and did not begin enforcing his order requiring face coverings.

Texas has had a statewide mask mandate since July, but Republican Gov. Greg Abbott carved out an exception for polling places.

More than 8 million votes have been cast early in Texas, which is nearly the total number that were cast in the nation’s second-largest state during the 2016 election. Early voting in Texas ends Friday.

The lawsuit seeking the mask requirement inside polling stations was filed by the Texas NAACP and the Latino rights group Mi Familia Vota.