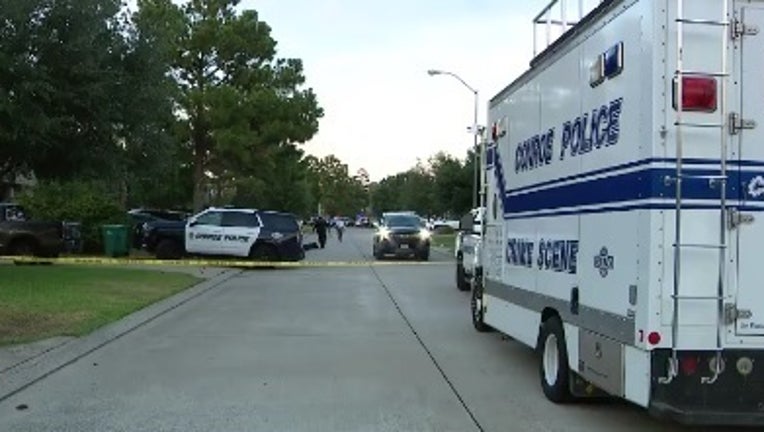 Photo from the scene in Conroe.

CONROE, Texas - A man is dead and another charged in his murder following a road rage incident in Conroe on Thursday afternoon.

According to the Conroe Police Department, officers responded to a disturbance where shots were fired in the 900 block of Fife Drive, just before 6 p.m.

When officers arrived, they found one man, later identified as 28-year-old Brent Purvis, with a gunshot wound. He was later pronounced dead at the scene.

Officials said an investigation revealed the disturbance started as a road rage incident, which led to the shooting.

The suspect, who has been identified as 29-year-old Justin Clarabut, was taken into custody and charged with murder.

Clarabut was taken to the Montgomery County Jail for processing.