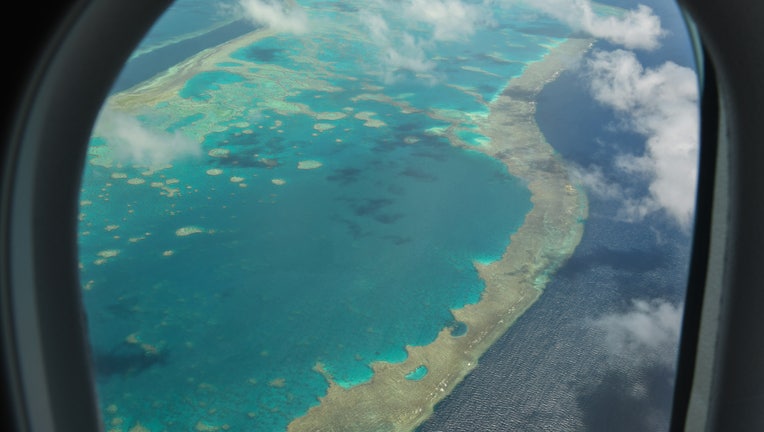 Australia’s Great Barrier Reef is critically deteriorating according to the International Union for Conservation of Nature, or IUCN. The reef is the world’s most extensive stretch of coral reef with over 1,500 species of fish and about 400 types of coral.

This week, the union released a report saying climate change is now the biggest threat to World Heritage sites. The report stated 63% of sites as either “good” or “good with some concerns”, while 30% are of “significant concern” and 7% are “critical”.

“Natural World Heritage sites are amongst the world’s most precious places, and we owe it to future generations to protect them,” IUCN Director General Bruno Oberle said.

Researchers said the Great Barrier Reef has suffered from coral decline which has resulted in a decrease of marine species. They blame the disturbing trend on ocean warming, acidification and extreme weather.

Biden lashed at Trump, saying the moment requires “leadership, not scapegoating” and that “it's clear we are not safe in Donald Trump's America.”

The union said climate change has also affected the Cape Floral Region Protected Areas of South Africa by helping the spread of an invasive species. The Pantanal Conservation Area of Brazil has also been devastated by wildfires.

Researchers also put part of the blame on the COVID-19 pandemic. Many sites remain closed to tourists, causing revenue loss and an increase in illegal activity without the proper staffing levels to prevent it.

A World Heritage site is labeled by the United Nations Educational, Scientific and Cultural Organization (UNESCO). They are designated for having cultural, historical significance. As of June 2020, there are 1,121 World Heritage sites, with many of them concentrated in Europe and Asia.

The IUCN said conservation efforts are needed more than ever to preserve the sites. “Many natural World Heritage sites show that conservation can and does work for the greater good,” Director of IUCN’s World Heritage Program Peter Shadie said. “And their achievements serve as models that can be replicated and scaled up elsewhere.”

RELATED: Climate change: Past decade on track to be warmest on record, WMO report says

This news comes as climate change has continued its relentless march through 2020 with record-breaking temperatures, sea-loss, hurricanes and wildfires. Now, 2020 is on track to be one of the three warmest years and the past decade could be the hottest on record, the World Meteorological Organization (WMO) said in a press release Wednesday.