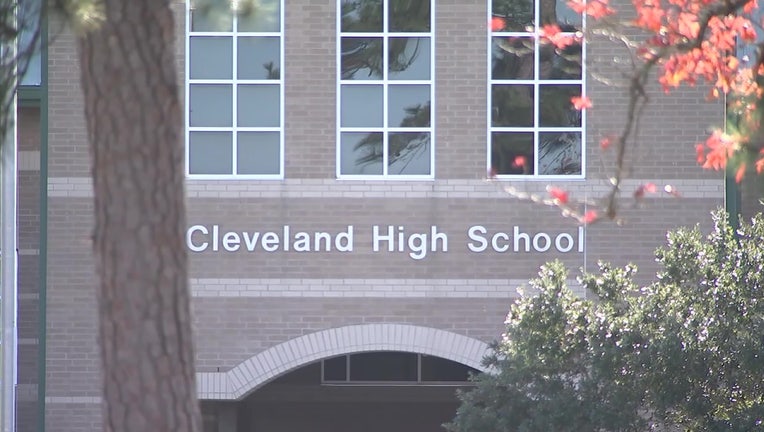 CLEVELAND, Texas - A Cleveland High School student was arrested and removed from class after bringing a "look-alike" weapon to school Thursday morning.

Cleveland ISD officials say a student gave an anonymous tip that someone brought a weapon to campus.

MORE STORIES OUT OF CLEVELAND, TEXAS

The high school was immediately placed on lockdown. Within 20 minutes, officials found and confiscated a "nonfunctional, look-alike weapon." That's when the student was taken into custody.

Cleveland ISD students and parents react to a high school football player who was arrested following a fight on the sideline.

"Although the confiscated weapon was a "look-alike", the district is treating the situation with the same level of intensity as if it were real," Cleveland ISD said in a statement.

The district added that any students that were involved in the incident will face disciplinary action as laid out by the districts code of conduct.

Just before 10:30 a.m. the lockdown was lifted and classes resumed.