FOX 26 Reporter Gabby Hart spoke with residents who shared their feelings after receiving the flyers.

HOUSTON - Another Houston neighborhood has been hit with a string of racist flyers, one of several incidents we’ve seen in the past few weeks.

In response, the Houston Police Department. Harris County Sheriff’s Office deputies and city leaders came together Wednesday evening to discuss the wave of offensive flyers and what people should do if they find them on their property.

"I think we’re doing what we can at this point, and hopefully it doesn’t escalate," said Heights resident Rebecca Thai.

Thai says long ago she found one of those flyers promoting white supremacy littered in her front yard.

"It happened to us, and I'm in an interracial relationship and my husband found these in our driveway on a Sunday morning, and it was extremely disturbing," she said.

Just this week, more racist flyers were found in the Cinco Ranch Community.

The Anti-Defamation League says they’ve pinned these flyers to two different white supremacy organizations, and that many times the groups will use media coverage and social media buzz to promote and raise money. 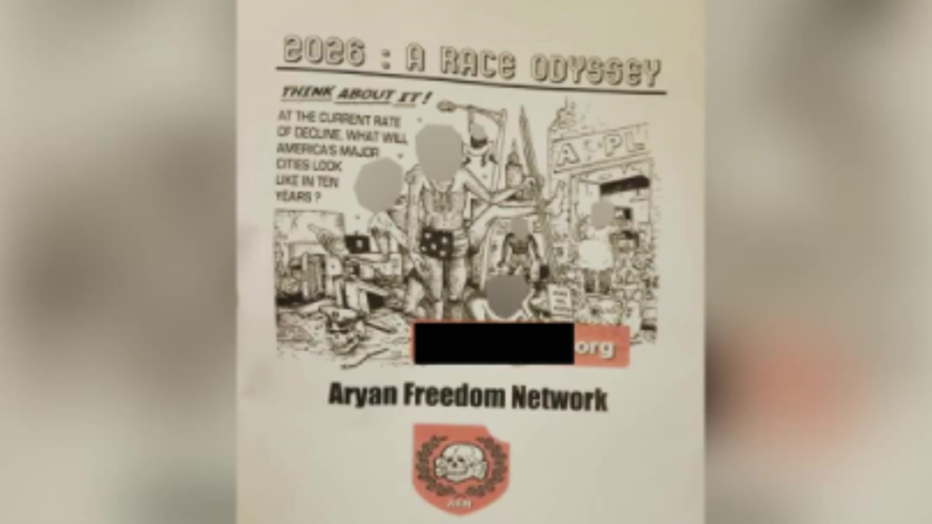 "It says donate to hate, so they give you an opportunity to donate based on the fact that these propaganda campaigns are successful."

Officials say, because if that people should not repost these flyers to social media, they also made clear during the town-hall that passing these flyers out is not illegal.

"Free speech is legal, it’s what makes our country so great, whether I agree with what you have to say or not, it’s still lawful," one law enforcement official said.

However, leaders say while they support the 1st amendment, they take this kind of propaganda seriously. They want people to keep reporting these incidents so that agencies can track them and pinpoint what groups are spreading the rhetoric.

"What we can do with that information is we can send it to our center on extremism and help identify who might've done this. Then if they do go ahead and commit a crime, then that is going to be something the police department can actually act on," said Dena Marks with the Anti-Defamation league Southwest.

If you find these flyers in your neighborhood, you are asked to call HPD's non-emergency line. Or you can report it directly to the ADL by clicking here.