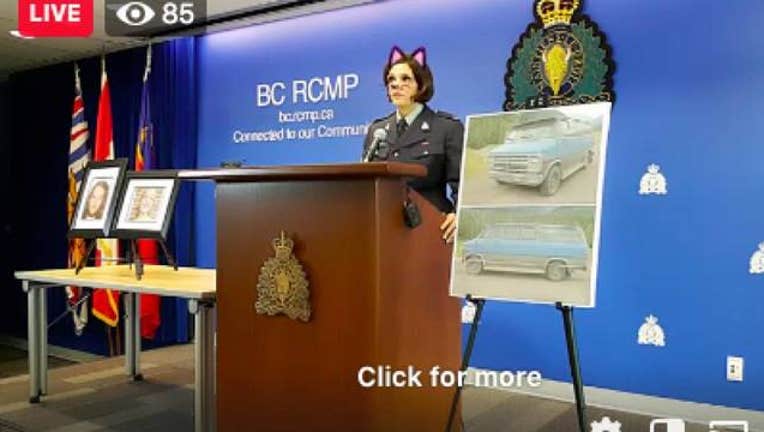 FOX NEWS — Police in British Columbia, Canada, issued an apology Friday after a cat filter was mistakenly applied to a live stream of a news conference about a double murder.

When the filter activated, a sergeant with the Royal Canadian Mounted Police suddenly appeared on computer screens with cat ears on her head and whiskers on her face as she spoke to reporters about the slayings of a young couple, the Daily Hive of Vancouver reported.

The cat filter had apparently been on an “automatic setting” and police said Friday on Twitter that they were working to fix the problem -- and a video of the news conference was later made available without the filter.

"Yes we are aware and addressing it," the police wrote on Twitter ... "Thank you, we will rectify and issue a video shortly."

According to the BBC in Britain, a similar tech glitch occurred in June during a government minister’s news conference in Pakistan.

The minister’s party blamed “human error,” according to a report.

Get updates on FOXNews.com.