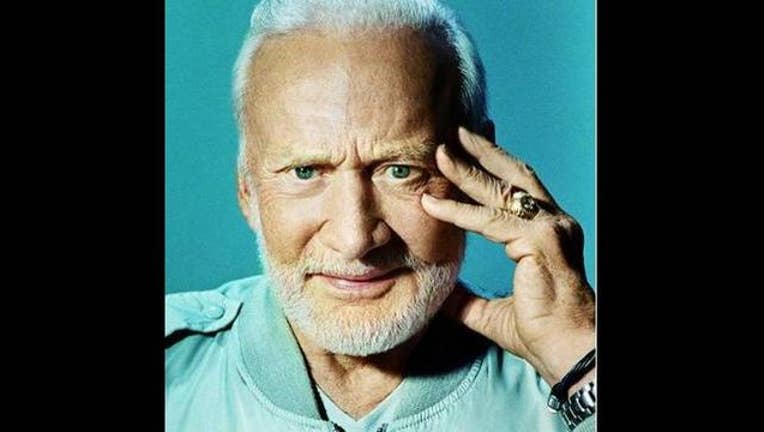 MELBOURNE, Fla. (AP) — Buzz Aldrin is teaming up with Florida Institute of Technology to develop "a master plan" for colonizing Mars within 25 years.

The second man to walk on the moon took part in a signing ceremony Thursday at the university, less than an hour's drive from NASA's Kennedy Space Center. The Buzz Aldrin Space Institute is set to open this fall.

The 85-year-old Aldrin, who followed Neil Armstrong onto the moon's surface on July 20, 1969, will serve as a research professor of aeronautics as well as a senior faculty adviser for the institute.

He said he hopes his "master plan" is accepted by NASA and the country, with international input. NASA already is working on the spacecraft and rockets to get astronauts to Mars by the mid-2030s.

Aldrin is pushing for a Mars settlement by approximately 2040. More specifically, he's shooting for 2039, the 70th anniversary of his own Apollo 11 moon landing, although he admits the schedule is "adjustable."

He envisions using Mars' moons, Phobos and Deimos, as preliminary stepping stones for astronauts. He said he dislikes the label "one-way" and imagines tours of duty lasting 10 years.

"The Pilgrims on the Mayflower came here to live and stay. They didn't wait around Plymouth Rock for the return trip, and neither will people building up a population and a settlement" on Mars.

As for Aldrin, he's recently settled in nearby Satellite Beach, right on the Atlantic Ocean, after moving from California. He told reporters he considers it "a terminal assignment," using Air Force jargon.

"I've traded earthquakes and fires for hurricanes by coming to Florida," he said.

The press conference made reference to Aldrin's recent celebrity pursuits.

Florida Tech's executive vice president, T. Dwayne McCay, greeted Aldrin by noting, "Everyone knows what Buzz Aldrin is most famous for, and that is being a contestant on 'Dancing with the Stars.'"

Aldrin — who has a doctorate in science from Massachusetts Institute of Technology — joins two other space fliers on the faculty: former shuttle astronauts Winston Scott and Sam Durrance.