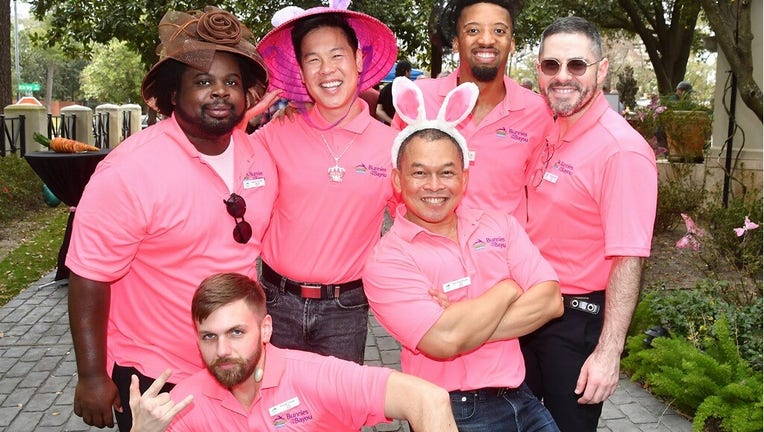 The event took a two-year hiatus due to the COVID-19 pandemic but is making a comeback at Sesquicentennial Park on Sunday, April 17th from 1 p.m. to 6 p.m. According to a press release, organizers, known as "bunnies" host community fundraisers throughout the year and results in the largest outdoor cocktail party in Texas.

The event first began in 1979, organizers said in a press release, as a birthday but evolved into what it's known as today in the early 1980s following the rise of the HIV/AIDS crisis.

"The first ‘Bunnies’ decided to make this annual event not only a party, but a way to give back to the community," the release adds. "Over the span of over 43 years, Bunnies on the Bayou has developed into a fixture of charity and advocacy in the Greater Houston area for LGBTQ+-focused programs and organizations. With the help of the community and its sponsors, it has been able to assist multiple groups every year. Over the last 10 years, Bunnies has raised more than $1.2 million to assist and strengthen local non-profits."

MORE: How some Easter traditions were inspired by ancient spring rituals

This year, organizers say they're hoping to break records with its 43rd annual celebration by raising more than $100,000.

To learn more about Bunnies on the Bayou, visit their website.