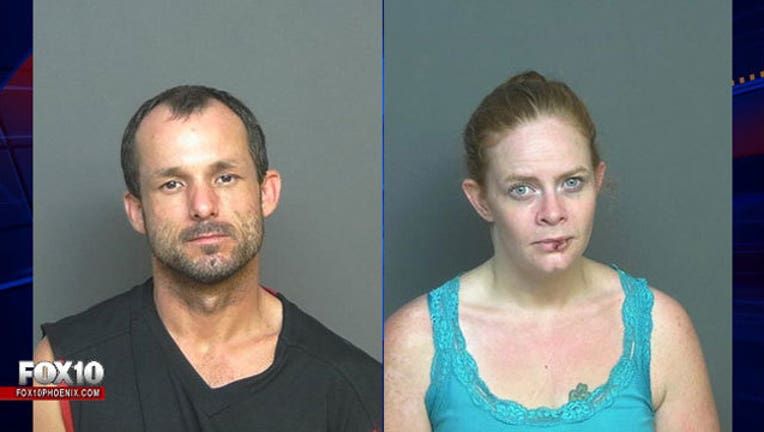 SURPRISE, Ariz. (AP) - A Buckeye couple has been arrested for allegedly stealing more than $40,000 worth of alcohol from various supermarkets around Maricopa County.

They are facing charges of organized retail theft, trafficking in stolen property, removing an anti-theft device and fraudulent schemes.

It was unclear Thursday if either Atherton or Hunt has a lawyer yet.

Police say the couple has allegedly been stealing liquor from stores since last December and there may be more than 100 separate thefts.

Atherton and Hunt were taken into custody Monday after police say the two walked out of a Surprise supermarket carrying backpacks filled with stolen liquor.