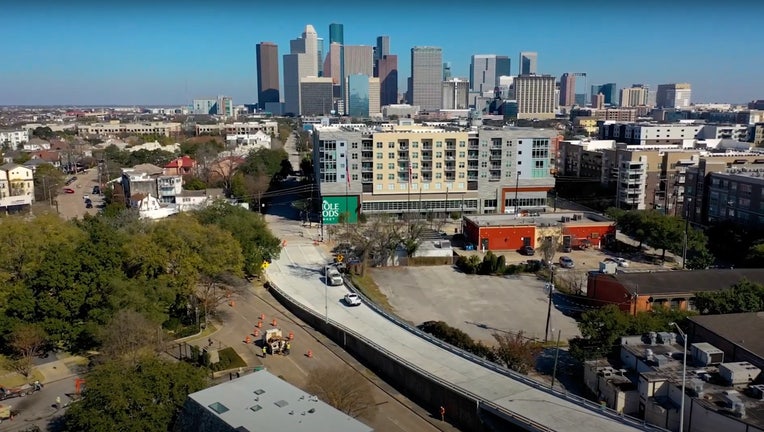 HOUSTON - The Brazos Bridge has reopened.

It was closed for repairs after the concrete deck deteriorated significantly, resulting in falling debris in July 2019.

The bridge, which runs over Smith St and Holman St in Midtown, was improved with a thicker concrete deck, strengthened steel girders to handle the additional load, and a steel metal deck form to ensure the bridge lasts for another 50 years.

Houston Public Works says the Brazos Bridge rehabilitation project, which was completed two weeks ahead of schedule, "addressed safety concerns for all commuters and aligns with the City’s commitment to Vision Zero."

The bridge crossed over the intersection of Smith, Bagby, and Holman Streets. It was previously designated as one of the 12 most dangerous intersections for cyclists and pedestrians in Houston.

A southbound lane on Smith was removed to create a wider median for cyclists and pedestrians, and it shortened the distance to the crosswalk.