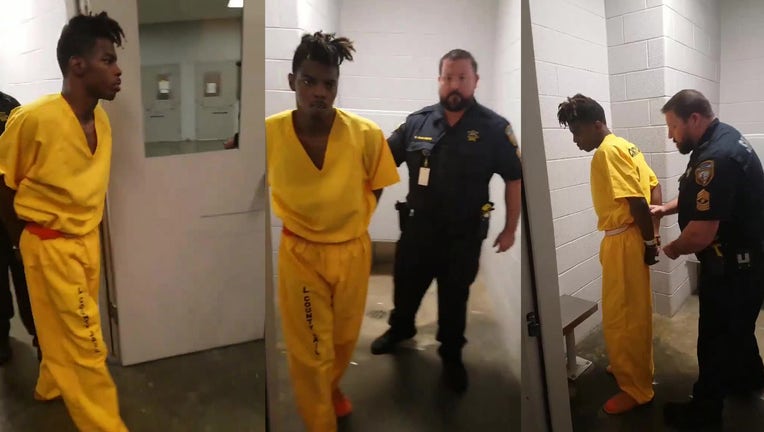 HOUSTON - After his bond was set for $150,000 in the felony murder of a Nassau Bay police sergeant, Tavores Henderson's bond has now been revoked.

The charge has also been upgraded to capital murder. These changes come after outrage over the news of his initial bond.

Henderson, 21, is charged in the hit-and-run death of Nassau Bay Sgt. Kaila Sullivan.

He was arrested around 1:30 p.m. Thursday after a manhunt that began Tuesday night.

Henderson will have to appear in court again Friday for the upgraded charge after appearing in court on Thursday, wearing Sgt. Sullivan’s handcuffs.

The suspect has no bond for a separate case out of Harris County, and a judge revoked his bond for another charge in Galveston County.