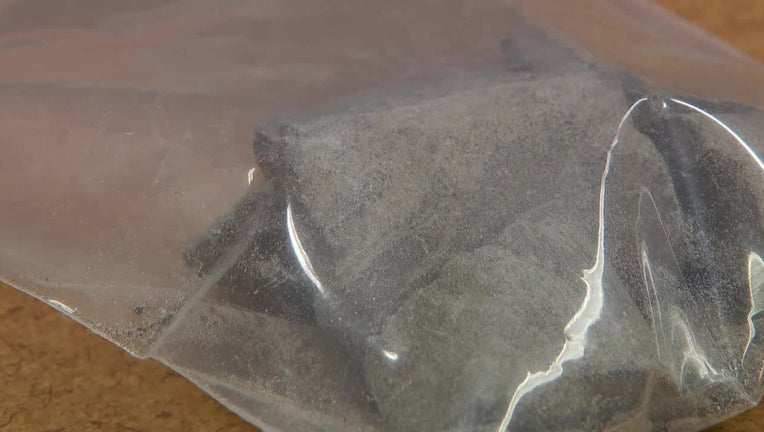 Pictured is a form of fentanyl known as "gray death" which was discovered during a search warrant.

BLOOMINGTON, Minn. (FOX 9) - Drug treatment experts are raising the alarm about claims made by the Bloomington Police chief Thursday about a form of fentanyl being "Narcan resistant."

In a press conference Thursday, Bloomington Police Chief Booker Hodges said police encountered a "unique and dangerous form" of fentanyl resistant to Narcan while executing a search warrant at a home earlier this week.

There is no known version of fentanyl or any other synthetic opioid that is resistant to Narcan.

"The police commentary is quite dangerous as it is A. factually incorrect and B. could keep people from using lifesaving antidotes," Ryan Marino, a medical toxicologist who is an assistant professor at Case Western Reserve University School of Medicine in Cleveland, Ohio, told FOX 9.

Narcan works with all opioids

Since 2017, there have been periodic media reports about "Narcan-resistant" fentanyl. One of the first sources quotes a D.E.A agent about a drug that had "shown some possibility of being resistant" to Narcan.

In 2019, an interagency working group with The Office of National Drug Control Policy, which is part of The White House, issued a statement to medical providers to address what it called "incorrect and misleading" reports about a new, more powerful version of fentanyl that was Narcan resistant.

The statement noted that "If administered quickly and at a sufficient dose, naloxone and other opioid antagonists are effective against all opioids regardless of their potency."

The Canadian Centre on Substance Use added more clarification, noting in a bulletin that synthetic opioids were not resistant to Narcan, but could require higher and more frequent doses.

"For some of these opioids, overdose can return when the naloxone wears off, and repeated or higher doses of naloxone could be necessary," it said.

Brit Culp has worked as a substance use disorder counselor for five years and is based in a hospital and clinic setting in Minneapolis. She told FOX 9 she found Hodges' statements to be "irresponsible and harmful."

"Nobody benefits from misinformation. This isn’t keeping anyone safer when an inaccurate narrative is being spread regarding the drug supply, especially when we are in an overdose crisis, and have been for some time," she said.

In the press conference, Hodges said officers executed a search warrant on Nov. 8 on the 10300 block of Devonshire Circle as part of an ongoing narcotics investigation. During the search, Hodges said officers seized over 57 grams of "suspected fentanyl," over 755 m-box fentanyl pills and a smaller amount of other suspected narcotics,

Among the discovery, he said officers located "gray death," which he said was a form of fentanyl with a unique gray color. He did not say if investigators had tested the drug to verify its contents.

"This is remarkably different than other fentanyl that has been recovered by our department," Bloomington Police said in a media statement.

Hodges said "Gray death" had been found in other parts of the country in recent years, but this was the first time it had been encountered in the City of Bloomington and possibly Minnesota.

"Gray death is extremely disturbing to us," he added.

Marino argues that "Gray death" is an "urban myth," in that it doesn't exist in the way law enforcement says it does.

"As a drug expert, I would be reluctant to give a press conference about my opinions on issues facing law enforcement. Yet law enforcement has no reluctance sharing their own imaginary drug expertise," Marino said.