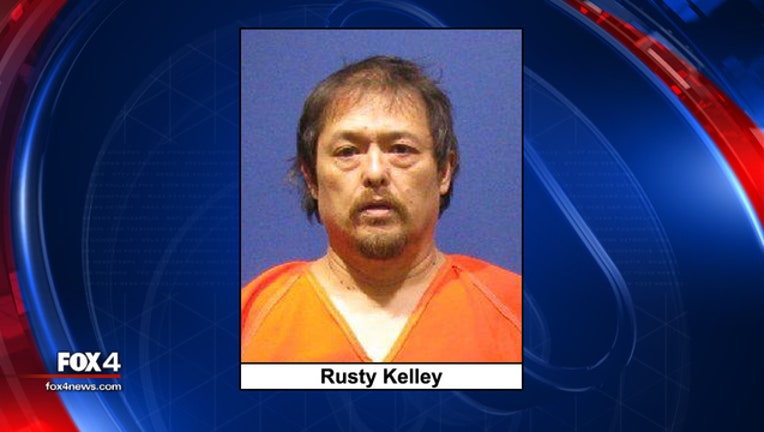 A man has been arrested and charged with murder in the death of his mother, The Colony police said Monday.

Rusty Kelley, 46, was arrested and charged after police responded to a home in the 4800 block of Sunset Circle around 1:15 a.m. Monday.

There, officers came across Rusty Kelley as he was leaving. He was covered in blood and said that he’d just killed his mother.

Inside the home, police found the body of 76-year-old Yougja Kelley. She had suffered blunt force trauma and stab wounds.

Police are still investigating, and a motive in the case has not been determined.