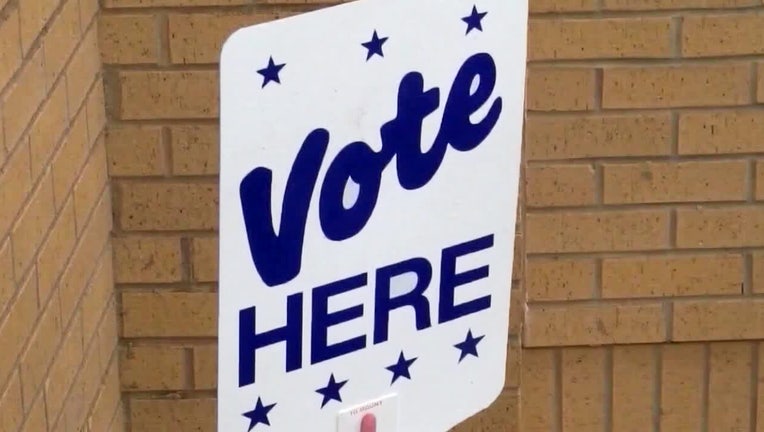 PHOENIX - PHOENIX (AP) -- The national Mi Familia Vota organization has long been involved in voting rights issues and other matters of civic engagement, but this year it's added a new initiative: Recruiting bilingual poll workers.

The Phoenix-based group is joining advocacy organizations, nonprofits, and even businesses across the U.S. trying to persuade younger people to work at polling places, especially those who are bilingual.

The coronavirus has upended how elections officials recruit poll workers, who are typically older and thus more susceptible to becoming seriously ill from COVID-19.

Using digital recruitment campaigns and celebrity endorsements, various groups are selling the role as a key to democracy. Major companies such as Old Navy also have jumped in, offering employees paid time off to work the polls.

Eduardo Sainz, Mi Familia Vota's Arizona state director, said ensuring that poll workers can communicate in Spanish is critical even in a state where most voters cast ballots by mail or by using drop boxes. Newer voters especially seem reluctant to trust their ballot to the Postal Service.

"Time after time, because of language barriers or intimidation, our community was getting turned away at the polls," he said.

The group has appealed to its social media followers and partnered with the TV network Univision to reach its goal of recruiting 200 Spanish-speaking poll workers in Pima and Maricopa counties.

"We need to make sure that every voter gets their vote to be counted and no voter gets turned away, and that means investing and having individuals who are culturally competent and speak several languages," Sainz said.

That will be especially important in a year that is projected to see a record turnout of eligible Latino voters -- some 32 million, according to the Pew Research Center. Census data shows about 12.6 million Latinos cast votes in the 2016 general election-- about 47% of those eligible to vote. In Arizona, Latinos account for nearly a quarter of registered voters.

Andria Bibiloni, a law student in Philadelphia, became a first-time poll worker during Pennsylvania's June primary after getting an email from an advocacy group the night before. The email came in at 7:54 p.m., desperately seeking 100 poll workers because of an expected shortage. By 6:30 the next morning, Bibiloni, a Puerto Rican from New York who speaks Spanish, was at her assigned polling location.

She said she never got to use her language skills because no voters asked for a translator, but she learned how much other help voters need at the polls.

"I definitely came out of that noticing how individual people are very prone to just kind of showing up before necessarily having done their homework beforehand," she said.

Power the Polls, a nonprofit that's partnering with groups across the country, launched in July with a goal of recruiting 250,000 poll workers. By mid-September, 400,000 people had signed up, said Erika Soto Lamb, vice president of social impact strategy at Comedy Central/MTV and a co-founder of Power the Polls.

"As part of that new generation, we wanted it to be more diverse," she said. "For the people, you encounter when you come to vote to look like you and be able to communicate with you, is really a new territory that hasn't been focused on before."

Even before the pandemic, elections officials struggled to attract poll workers, who work long hours for little pay. More than two-thirds of them are 61 years old or more, according to a congressional report. Many of them have bowed out this year, given that older people are more susceptible to becoming seriously ill from the coronavirus.

In Arizona's Maricopa County, where a majority of the state's population lives, officials said they need about 1,800 poll workers for the general election but declined to say how many have signed up so far. During the August primary, nearly 25% of the county's 1,289 poll workers were bilingual; in the 2016 general, about 20% were.

In Harris County, the state's most populous county with more than 2 million registered voters, officials plan to employ 11,000 paid workers and student helpers at the polls this fall.

A spokesperson for the county clerk's office said the county is working with the Democratic and Republican parties, doing outreach on social media and creating partnerships with local organizations and places of worship to recruit Spanish, Vietnamese, and Chinese-speaking poll workers.

When early voting starts Oct. 13, three bilingual election workers will staff each of the county's 122 voting locations. One will speak Chinese, one Spanish, and one Vietnamese. The county is still sorting out Election Day coverage.

As of the first week of September, more than 10,000 people had applied to be election workers throughout the Houston area.

In Florida, where Latinos could help swing the presidential election, several organizations are actively recruiting Spanish-speaking poll workers in counties across the state. Among them is Florida For All Education Fund, which has added Haitians who speak Creole to its recruiting drive.

Harvey Soto, the fund's democracy coordinator, said it has already recruited 300 poll workers for Miami-Dade County alone. He said he has worked polling places in Florida and Georgia, and seen how voters with limited English proficiency struggle when there is no translator.

He did not want that to be an obstacle this year.  "We decided not to sit back and be proactive and help out," he said.