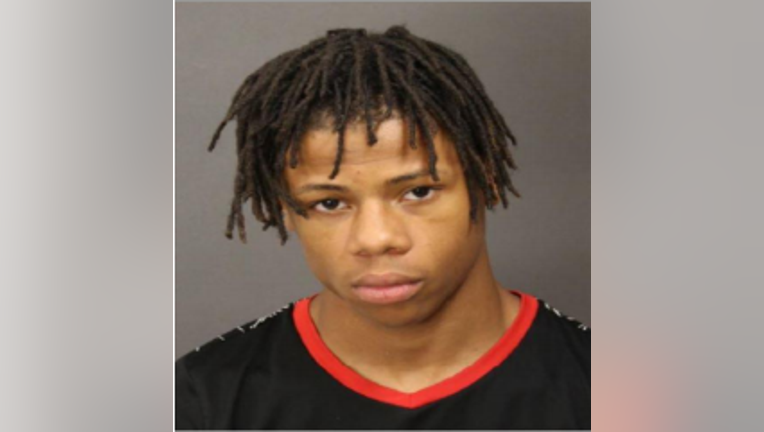 BAYTOWN, Texas - The Baytown Police Department is searching for a suspect wanted for murder following an evening shooting on Saturday night.

According to a release, officers responded to several calls of shots fired in the 5400 block of Hazel Street just before 8:45 p.m.

When officers arrived, they found 18-year-old Davin Chatman had been shot several times.

Authorities said that Chatman was pronounced dead at the scene due to the injuries he sustained.

Baytown police said during their investigation, they learned a friend of Chatman’s, 18-year-old Keshawn Elam of Baytown, was in a verbal argument with Chatman, which resulted in the shooting.

Authorities said after the shooting, Elam drove off in Chatman’s black 2014 Nissan 4-door, which has since been recovered unoccupied by the Robertson County Sheriff’s Office near College Station.

Murder charges have been filed through the Harris County District Attorney’s Office on Elam.

His current whereabouts are unknown and police need your help locating him.

Crime Stoppers will pay up to $5,000 cash and you will remain anonymous.