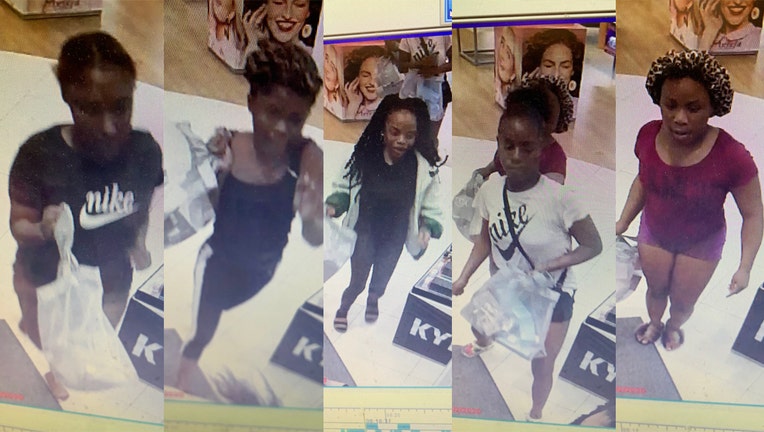 Police say the thieves assaulted an off-duty officer in the process of running out of the store.

The incident happened around 8:19 p.m. when the off-duty Baytown Police Officer was shopping inside the Ulta located in the 6300-block of Garth Road.

That's when she noticed five black females enter the store, grab several shopping bags and immediately run to the perfume section. They concealed numerous bottles of perfume inside their bags.

The officer, who was in plain clothes, immediately notified management and proceeded to the front of the store in an attempt to prevent the suspects from leaving with the stolen merchandise.

When the suspects approached the exit, the officer identified herself as a Baytown Police Officer in an effort to stop them, but they overpowered her as she was trying to lock the doors, knocking her to the ground as they fled out of the store.

Thanks to a social media video from a witness, you can see the female suspects enter a late model white four-door passenger car and drive away at a high rate of speed.

The five suspects are described as black females, approximately 16-17 years of age and wearing shower caps.

The officer was not seriously injured but was treated at a local medical facility for a sprained wrist, hand and forearm. She has since been released back to full duty.