LITTLE FALLS, N.J. - Video recorded on July 15 during a game between the Little Fall’s New Jersey Jackals and the Sussex County Miners at Yogi Berra Stadium showed several players enter the bleachers confronting fans who allegedly climbed on top of the Miners’ dugout and poured beer on the players.

Footage shows a man in a red shirt who appeared to be yelling at someone in the stands, after which a uniformed player got up and put his arms around the man in the red shirt in an attempt to restrain him.

Several people can be seen shoving among themselves before the recording ends. 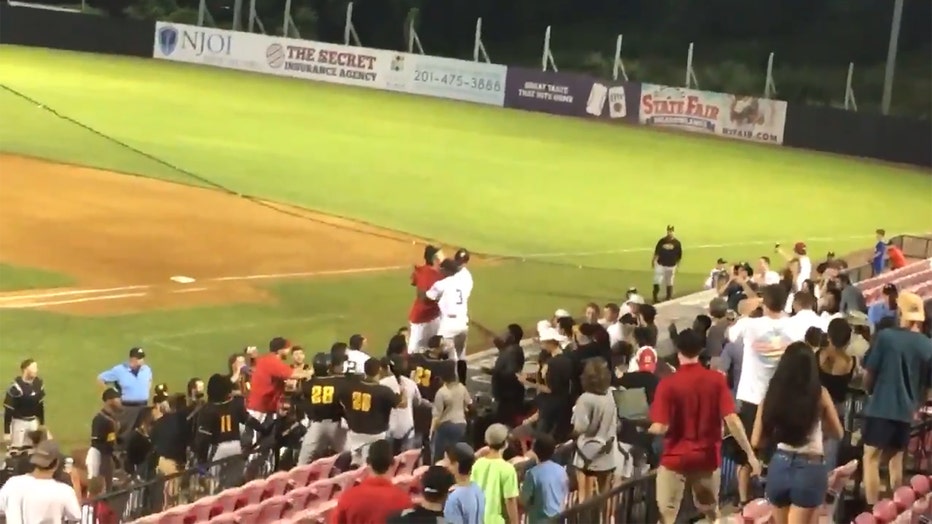 RELATED: Brawl at Detroit Shake Shack caught on camera as up to 12 girls fight

Adam Grassani, a sports reporter who captured the aftermath, said an argument ensued and both teams had to be restrained to keep them from reaching the patrons.