HOUSTON - Jimmy Butler is making the most of his time in the NBA bubble.

The former Tomball Cougar isn't just a star on the court, he's a coffee connoisseur.

The 31-year-old hooper turned his downtime into a lucrative business selling coffee out of his room in Orlando. 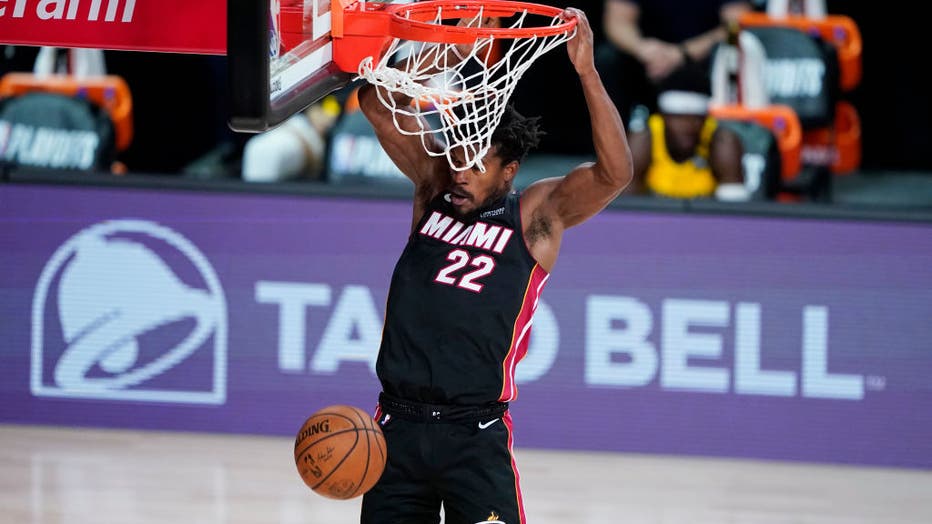 LAKE BUENA VISTA, FLORIDA - AUGUST 18: Jimmy Butler #22 of the Miami Heat dunks against the Indiana Pacers during the second half at AdventHealth Arena at ESPN Wide World Of Sports Complex on August 18, 2020 in Lake Buena Vista, Florida. NOTE TO USER

Fresh off a double-double Butler would serve you up a batch of his finest for a fee of $20.

It's the same price for a small, medium, or large cup over at Big Face Coffee.

According to reporters in the NBA bubble, the small forward got a French Press in his room and never looked back.

What started as a joke out of his room is now legit, with merch and even the interest of sponsors, per ESPN reports.

There was even a bit of a rivalry going inside as a team trainer attempted to undercut Butler's profit by selling his product (Liitle Face Coffee) at a more modest price of $5.

Bottomline the team is having fun, these days that's all you can ask for.