TOMBALL - Miami Heat's Jimmy Butler has been on an absolute tear in the NBA bubble in Orlando.

NBA fans and analysts alike counted the young team out prior to the NBA restart, now the 31-year-old Houston native is going up against LeBron James in the NBA Finals.

The critics might've been right, Jimmy Butler isn't supposed to be here.

But that's exactly what makes his story that much sweeter. 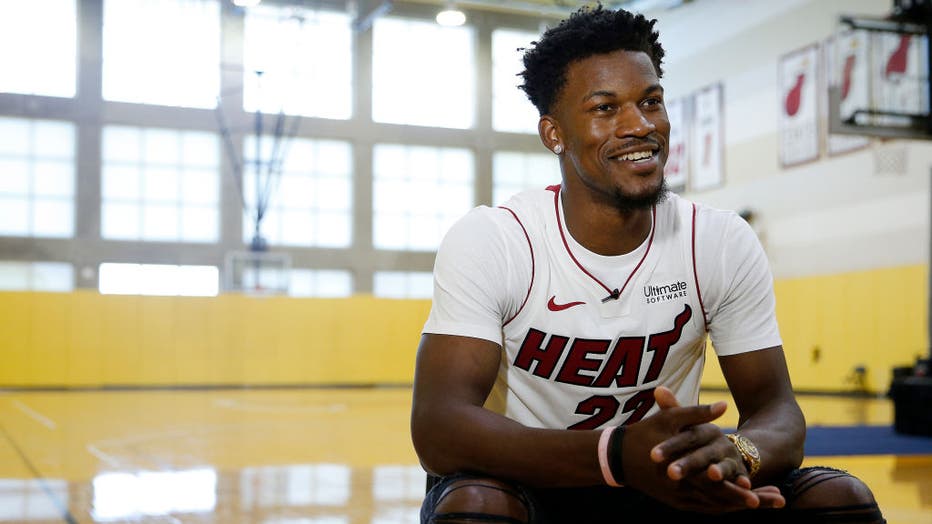 Butler means business, he is outspoken, gritty, and as hardworking as they come. 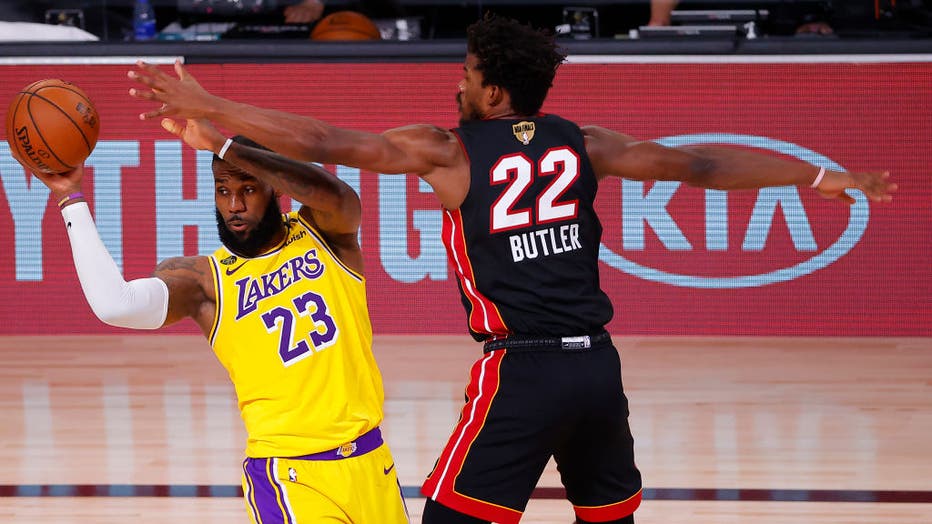 LAKE BUENA VISTA, FLORIDA - SEPTEMBER 30: Jimmy Butler #22 of the Miami Heat defends LeBron James #23 of the Los Angeles Lakers during the third quarter in Game One of the 2020 NBA Finals at AdventHealth Arena at the ESPN Wide World Of Sports Complex

That's just who he is, and he credits the small town of Tomball (40 miles outside of Houston) for making him that way. 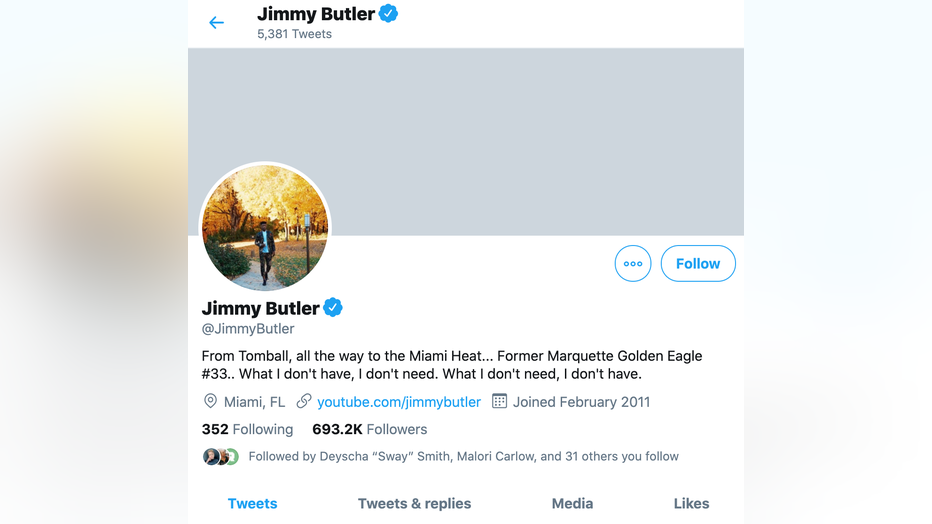 Short and sweet, right? His upbringing was anything but...

"Anybody can make it out of any situation if they have the right people around them," Butler is living proof of that.

Butler had a rough childhood growing up in the outskirts of Houston. At the age of 13, he was kicked out of the house by his biological mother and bounced around from house to house until he found a permanent home during his senior year at Tomball High School.

He stayed with his friend Jordan Leslie for a few days and his family eventually took Butler in as their own.

He excelled on the court but was overlooked by scouts early, leaving him with zero Division I offers out of high school.

For most people, the story could end right there. But he was determined to play at the next level.

Out of high school, Butler decided to take his talents to Tyler Junior College, where he was discovered by future Marquette University head coach Buzz Williams (who was scouting another player at the time). 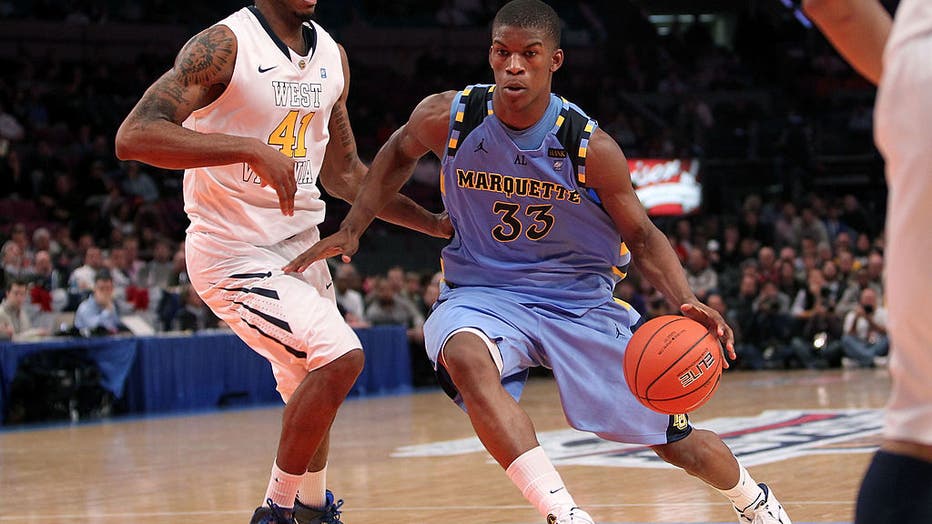 NEW YORK, NY - MARCH 09: Jimmy Butler #33 of the Marquette Golden Eagles drives with the ball against John Flowers #41 of the West Virginia Mountaineers during the second round of the 2011 Big East Men's Basketball Tournament presented by American Ea

The next season he joined Marquette on an athletic scholarship and earned the starting job the following year making Tyler, Texas proud.

Since being drafted by the Chicago Bulls as the 30th overall pick in the 2011 NBA Draft Butler has done big things.

The 5-time NBA All-Star has made a name for himself the past several seasons as being a man amongst boys.

He's passionate about his game, and it shows, but headlines loomed over him in the past about being a bad teammate.

The story about his revenge-fueled practice against his Minnesota Wolves teammates is a prime example:

Following the incident, he was labeled as a misfit and a cancer to the locker room but he proved the doubters wrong this year from the NBA bubble.

He left his mark on Tomball and the town did the same for him. You can't take it out of him, how many NBA players do you listening to country music in the locker room with cowboy boots under the gym sweats?

Don't think about it too hard, just watch below:

In 2017 Butler returned to his alma mater and left some words for the students of Tomball High. The '07 graduate had his jersey retired and stopped for a moment to have a heart to heart with the crowd.

"This for all of us. I did it for all yall, just so you guys know - anybody from any town can be whoever they want to be," he said passionately.

His story is all about triumph, no matter what obstacles are thrown at him he always finds a way.

Everyone loves an underdog

Small town, family issues, the lists goes on. He's had it all stacked against him but look at him now.

It's admirable and it gives the city of Houston a reason to cheer for one of their own as the NBA season comes to a close.

After Wednesday's loss, the Miami Heat are down 0-1 against the Los Angeles Lakers in the 2020 NBA Finals.

But a bad game is nothing when you look at what obstacles Butler's had to overcome.