LOS ANGELES - Being a mother is hard work, and unlike other jobs that offer an annual salary, vacation days and other benefits, there are no days off and there is no weekly paycheck.

A survey of 2,000 American moms found that they spend an average of 97 hours per week taking care of their children, which is essentially the equivalent of having two full-time jobs — and then some.

Time spent in various “jobs” include being a chef, meal planner, life coach, chauffeur and teacher, according to the survey.

Conducted in advance of Mother’s Day, the survey asked moms with kids between the ages of 5 and 18 about the various roles they have, and among the 15 commonly-reported job titles were cleaner, launderer, nurse, therapist, cheerleader and professional cuddler.

The survey, commissioned by Campbell’s Well Yes! Sipping Soups and conducted by OnePoll, found that moms are so busy taking care of the kids, they sacrifice their own sleep, nutrition and “me time” in the process.

But most moms didn't need a survey to tell them that.

Roughly 53 percent of moms reported not getting enough sleep to make time for their children, 47 percent said they miss out on date nights with a significant other, and the same number of moms said they don't have time for hobbies or going out with friends.

Moms' personal nutrition was also commonly put on the back burner, too. The survey found that 62 percent don’t always have time to eat a sit-down meal, while 53 percent struggle to eat nutritious foods because of their hectic schedule.

When it comes to eating balanced meals, moms appear to be more focused on their children than themselves. The survey results found that kids are more likely than moms to eat balanced meals, eat three meals a day and eat the recommended amount of fruit and vegetables.

In one day, moms reported spending an average of 46 minutes cooking meals for their kids, 44 minutes doing their laundry and 29 minutes drawing and creating art projects.

These roles are in addition to time spent supporting their kids at sports practice and games, helping with homework and acting as their therapist to help them through some of life's challenges.

On top of all of that, approximately 70 percent of the moms surveyed also reported having a full- or part-time job.

This all leaves hardly any time for self care. Roughly 88 percent of moms admit to sacrificing sleep – staying up late, waking up early or doing a combination of both — to find that elusive “me time.”

And in typical loving mom fashion, 69 percent of the respondents said they would like to spend even more time caring for their children, despite all the sacrifices they make.

According to the survey, moms could be bringing in a whopping $100,460 per year if they were paid for all the time they spend parenting.

Another survey conducted last year by Salary.com looked at the handful of jobs that reflect a day in the life of a stay-at-home mom, and found that the median annual salary would be $162,581– rising nearly $5,000 from the previous year. 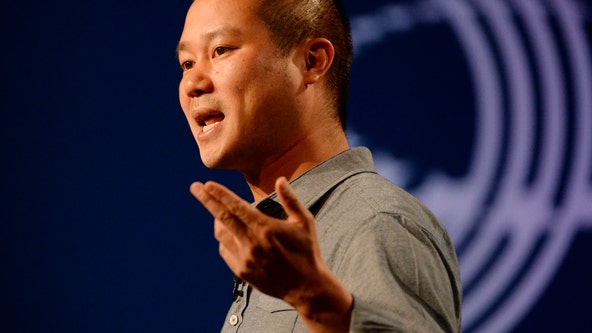