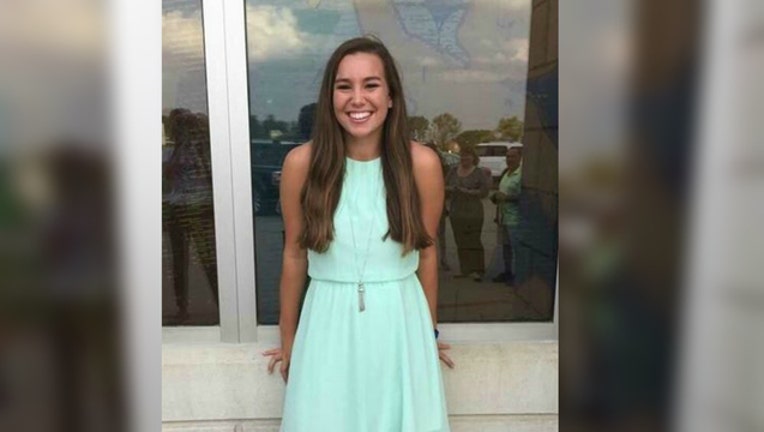 Preliminary autopsy results from the state medical examiner's office also determined that 20-year-old Mollie Tibbetts was the victim of a homicide, the Division of Criminal Investigation announced in a press release.

The agency did not release additional details about the injuries she suffered or what caused them, but said further examination of the body may result in additional findings. Autopsy reports are confidential under Iowa law, except for the cause and manner of death.

The man charged with first-degree murder in Tibbetts' death, Cristhian Bahena Rivera, allegedly led investigators to her body early Tuesday in a cornfield outside of Brooklyn, Iowa, the town where she was last seen in July. While investigators were confident then that the body was that of Tibbetts, the autopsy definitively confirmed her identity.

Earlier this week, investigators said they were uncertain how she died pending the autopsy, and they've made no mention of recovering a murder weapon.

Rivera, a native of Mexico who is suspected of being in the U.S. illegally, made his initial court appearance Wednesday and is being jailed on a $5 million cash-only bond. He faces life in prison without the possibility of parole if convicted. A preliminary hearing in his case is scheduled for next week.

His attorney, Allan Richards, said Thursday that the public should give his client his day in court and not prejudge the case.

"Let's let the process go," he said. "The process is about truth-finding in a rational, peaceful and efficient manner. We're only at the very preliminary stages of this matter."