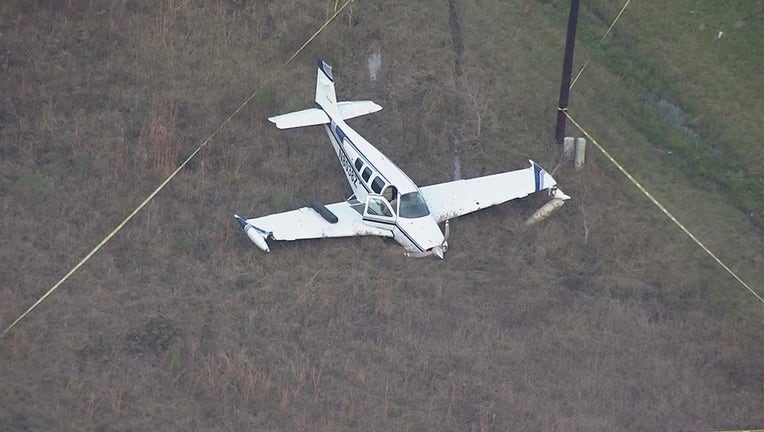 SAN JACINTO COUNTY, Texas - Authorities are on the scene after a small plane made an emergency landing in San Jacinto County on Thursday afternoon.

The San Jacinto County Sheriff's Office said the landing occurred around 2:15 p.m. near Highway 59 south in Shepherd, near the Liberty County line.

Officials said a single-engine Beechcraft A36 fixed-wing aircraft was traveling from Jennings, Louisiana, to Junction, Texas when the aircraft reportedly suffered a power failure.

The aircraft made an emergency landing on U.S. Highway 59 and struck a 2004 Toyota SUV that was traveling south with its landing gear. The aircraft later came to rest in a nearby field.

The pilot of the plane, 37-year-old Kendall Krielow of Thibodeaux, Louisiana, and two passengers were not injured.

The driver of the SUV, 51-year-old Towhid Aziz Chowdhury of Katy, also was not injured.

DPS officials said the Federal Aviation Administration has been contacted and will conduct an investigation.

According to registration records, the aircraft is owned by KJK Enterprises, LLC.

One lane of Highway 59 is closed at this time due to the landing.

Drivers are urged to avoid the area if possible.