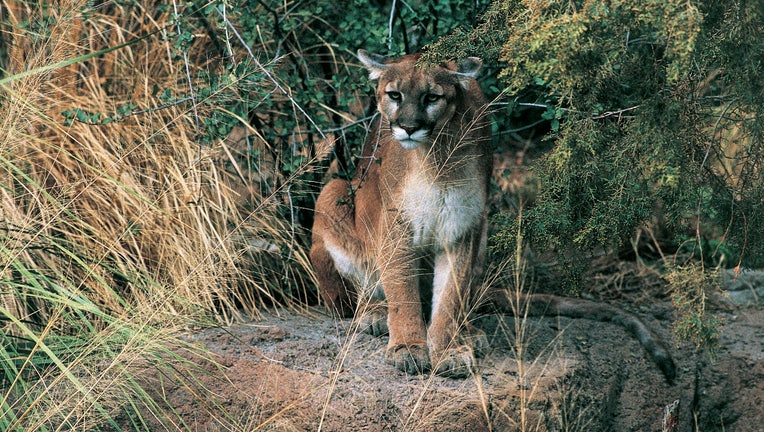 SAN BRUNO, Calif. - Now that you've digested that headline, San Bruno police issued a press release about a mountain lion who apparently broke through a glass window to enter a home.

Officials believe the cat was attracted to several big-game taxidermy trophy heads mounted to the walls of the home's interior. The ferocious feline broke and entered the residence located on the 200 block of Ross Way at around 12:20 a.m. Tuesday.

Police said the homeowner managed to shoo the animal away. Upon a search of the premises, the mountain lion was unable to be located.

Fortunately no one was injured in this highly-unusual incident.

Police said mountain lion sightings are common, but this was definitely out-of-the ordinary.

They offered these tips from California Department of Fish and Wildlife:

Mountain lions typically pose little threat to humans, and generally avoid any human interaction.  People who live in mountain lion habitat can take precautions to reduce their risk of encountering a mountain lion.