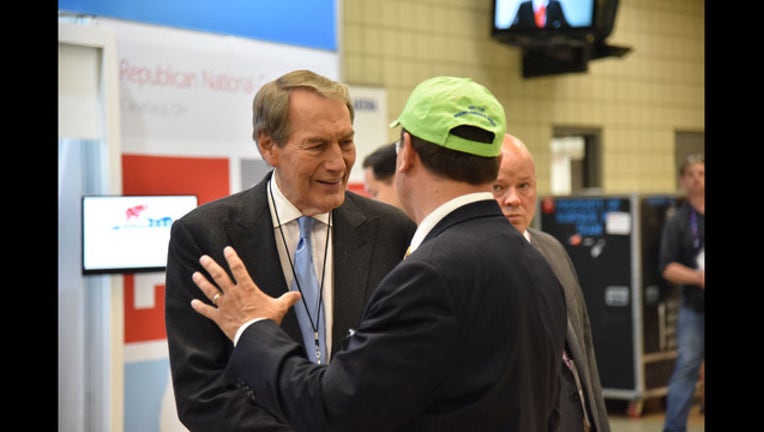 Charlie Rose was fired from CBS, and his program removed from PBS, following allegations of sexual misconduct. According to the Associated Press, eight women have accused Rose of groping them, openly walked around nude, or said sexually inappropriate things on the job.

In the statement, Rose said he is "greatly embarrassed". Rose, however, also said in the statement that he does not believe all of the allegations are accurate, while admitting that he has "behaved insensitively at times".

According to a statement issued by the school's Dean, Christopher Callahan, the action was described as "unprecedented", and taken with the "utmost seriousness and deliberation".

In the statement, Callahan said the award, being a lifetime achievement award, is given in perpetuity, and the idea of "taking back" an award was never even considered, when the award was created, but also said when new information about a recipient surfaces, they ask a question of whether the "transgressions are so egregious that they demand nothing less than a reversal of history".

In the statement, Callahan said allegations against Rose victimized young women, much like those who make up an "overwhelming majority of Cronkite students". Callahan also noted that they understand the action is largely symbolic, as the award was given in two years ago, but they believe the message it sends to past, current, and future students, as well as all of journalism, is important.

According to the Cronkite School, the award was created over 30 years ago. Past recipients of the award, according to the school's website, include former NBC Nightly News anchor Tom Brokaw, Former CBS Evening News anchor Scott Pelley, and sports journalists Bob Costas and Al Michaels.

Friday's announcement by the Cronkite School came, as the William Allen White School of Journalism and Mass Communications at the University of Kansas announced a similar decision.

According to a statement released by that school Friday, the Board of Trustees for the William Allen White Foundation voted to rescind the National Citation Award it presented to Rose in 2017, saying that Rose "does not exemplify the ideals of this award".