About two months ago, Nana T decided to combine her love for art and Astros to make masterpieces.

“When my kids say, ‘Well, what are you watching? There’s not a game today.’ Well, I’m watching the rerun,” Nana T said laughing.

About two months ago, she decided to combine her love for both to make masterpieces.

“Just all of a sudden, one day, I just decided to draw one of them,” she added referring to the players.

The first one she drew was José Altuve, her family’s favorite player.

Nana T says she mostly draws animals, so when her daughter, Stormy Van Dyck, saw the portraits, she was surprised.

“I was like mom, ‘Oh my god! These are amazing,’” Stormy remembered telling her. “She was doing her few little favorites and then I’m like, ‘You gotta do everyone!’”

One portrait turned into 30, including Orbit. 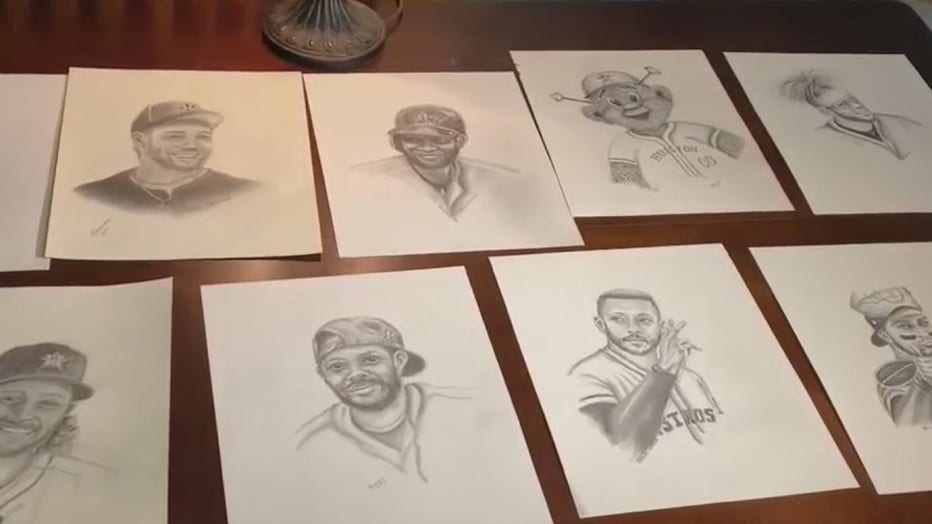 Then, Stormy had an idea. They were going to make copies and send them to all the players. They also included a strip of paper for each player to autograph and mail back. They thought it was a long shot until they checked the mail earlier this week. On the same day, they got signatures from Gerritt Cole and Abraham Toro.

“We were jumping up and down like two little kids at Christmas,” said Stormy.

“Never in a million years did I figure I’d ever get signatures from any of them. If it was just those two, that would be just fine,” said Nana T.

“Whoever is listening, if you have an extra ticket for my mom, and maybe my nephew could take my mom. It would be awesome!” she said excitedly.