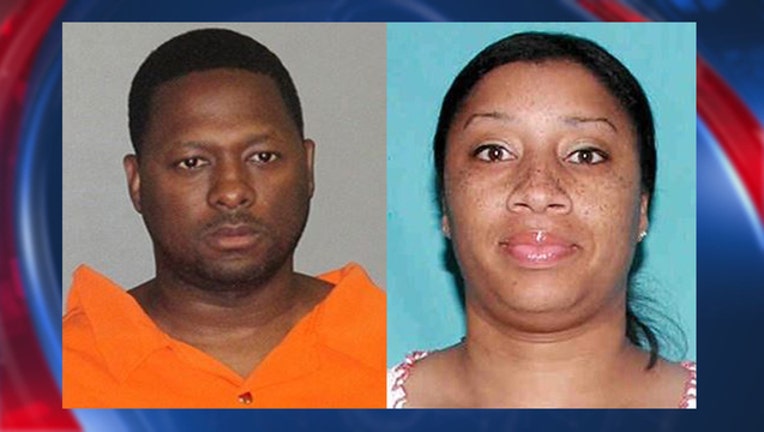 Robert Javontie Marks, 39, already was jailed on a kidnapping charge when police arrested him Friday on new charges of first-degree murder and first-degree feticide in the death of 40-year-old Lyntell Washington.

Washington's body was found in a roadside ditch June 14 in Iberville Parish, west of Baton Rouge. She had been missing since June 9, when her 3-year-old daughter was found alone near her mother's blood-stained car.

An autopsy showed Washington died from a gunshot wound to her head, according to East Baton Rouge Parish Coroner Beau Clark, who ruled that her death was a homicide.

Marks' attorney, Lionel Lon Burns, said his client denies any involvement in Washington's death and extends his "deepest sympathy" to her family. Burns described Marks and Washington as "friends" but wouldn't comment on the claim that his client was the father of Washington's unborn child.

"I'll let the Baton Rouge Police Department provide the sensationalism. I'll let the facts come out in court," he said.

A co-worker told investigators that Washington was pregnant with Marks' child and had threatened to tell Marks' wife about their relationship, according to a police report. The report says Marks knew Washington was five months pregnant.

Investigators recovered screenshots of text messages between Marks and Washington, who asks him in one message if he is "attempting to avoid his responsibilities with 'our unborn daughter,'" the report said.

Burns described those allegations of an affair between Marks and Washington as "reckless."

"His wife stands firmly by his side," Burns said.

Washington's daughter told detectives that "Mr. Robbie" had hurt her mother, the report said. The child also said she heard a bang and saw her mom "shaking."

"She further stated that Mr. Robbie was trying to clean the blood and that her mother was 'in the lake,'" the report said.

Marks told investigators he last saw Washington at a Wal-Mart in Baker about 8 or 8:30 p.m. June 8, the report said. However, police said records for cellphones belonging to Marks and Washington showed the phones traveled to Iberville Parish later that night, arriving there about 9:45 p.m. and leaving approximately 15 minutes later before returning to the area in Baton Rouge where Washington's car was found.

Baton Rouge Police Cpl. L'Jean Mckneely Jr. said Marks didn't have a criminal record prior to his arrest. Marks acknowledged having a relationship with Washington but refused to answer other questions from detectives, Mckneely said.

"No words. No emotion. No nothing. Just a blank stare," he added.

Burns said Marks is a former Marine who earned a doctorate in education and served as an administrator at other Baton Rouge schools before starting his current job about a year ago.