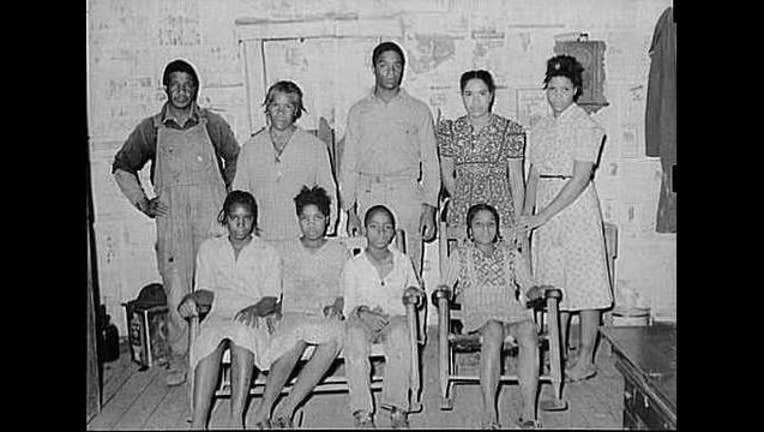 Every year in this state billions of dollars of energy is pulled from the Texas earth.

The wealth that fossil fuel generates mostly ends up with the rightful owner.

But according to veteran oil and gas auditor Lee Perry about 20 percent, one in five royalty dollars, goes into a sort of limbo because the heir to mineral rights can't be found.

"If they can't find you, they are just going to keep the money until you go back and prove it belongs to you," said Perry referring to both energy companies and state government.

Perry believes a good chunk of that wealth belongs to the ancestors of African American farmers who were driven from their property by poverty and better opportunity in the big cities.

"Many families left their farms because during the depression there wasn't a lot of money around, so they left," said Perry.

Many, he says, sold the land, but kept rights to the minerals beneath.

"Our ancestors were a lot smarter than we give them credit for," said Perry.

And that's turned Perry and his partner Debra Wilkerson into oil and gas detectives. Aided by family records and recollection they've been able to help Black Texans lay claim to mineral inheritance many only suspected they had coming.

"Our ancestors, in their own way, looked out for us from the past," said Wilkerson.

Even with the dip in energy prices new harvesting techniques have unlocked billions worth of previously untapped Texas mineral wealth.

"Pick any big church here in the City of Houston, any one and if I can do the research on  everybody in there, I could come up with two or three hundred millionaires and they don't know it," promised Perry who advertises 43 years experience in the energy business.

That said, Perry does not work for free and does not guarantee success.