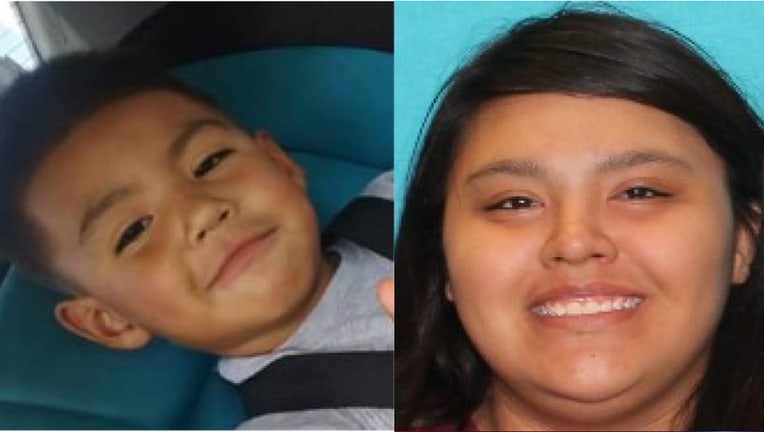 An Amber Alert was issued for 4-year-old Nicholas Perez. Authorities say he may be with 21-year-old Maricela Paz. ( Texas Department of Public Safety )

LUBBOCK, Texas - An Amber Alert has been issued for a 4-year-old boy who was last seen in Lubbock on December 2.

The Petersburg Police Department is searching for 4-year-old Nicholas Perez. Authorities believe he may be in grave or immediate danger.

The missing boy is described as being 4 feet tall, 45 pounds, with black hair and brown eyes. He was last seen wearing a green shirt, blue jeans and Nike black and white shoes.

According to the Amber Alert, Nicholas may be with 21-year-old Maricela Paz. She is described as being 5’6” tall, 228 pounds, with black hair and brown eyes.

They may be traveling in a white early 2000s Mitsubishi with an unknown Texas license plate.

Anyone with information is asked to call the Petersburg Police Department at (806)662-3811.