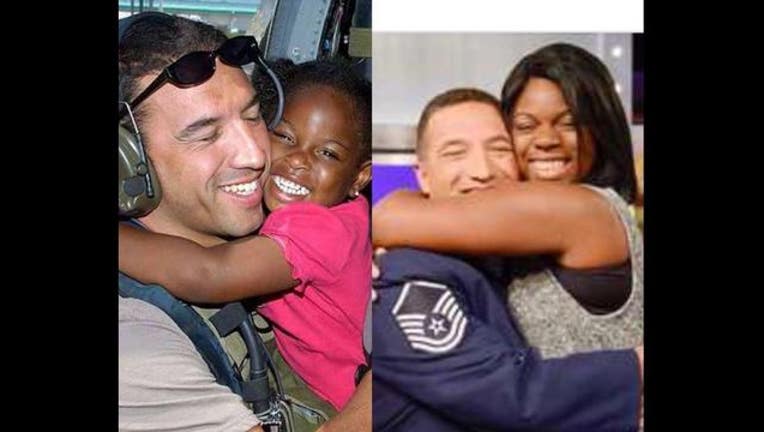 Air Force Reserve Master Sgt. Mike Maroney's life was changed in a brief moment of rescue during the aftermath of Hurricane Katrina.

In 2005, Maroney's team rescued, then 3-year-old,  La’Shay Brown and her family from the flood waters in New Orleans, during a day that Maroney described as a "rough day, and a lot going on."

After a rough deployment in Afghanistan, of which Maroney says was his worst deployment, the rescue and moment captured of rescuing Brown stuck with him for years to come.

After noticing that a photographer captured Brown's rescue, and with the help of social media, Maroney's quest to #FindKatrinaKid took off.

On Wednesday's episode of The Real, Maroney finally got the moment he'd longed for, to be reunited with now 13-year-old Brown.

The Air Force sergeant choked back tears as Brown greeted the audience and embraced him. Maroney mentioned how her hug impacted his life, and got him through the rough phases of his life.

"Your hug, it helped me through hard days, and rough days," Maroney said. "You rescued me more than I rescued you."

It's a Tear-Jerking Katrina Reunion

After explaining how their lives have progressed, Brown's family has fallen on hard times, and Maroney can no longer serve due to an injury, the two were thrilled when The Real hosts presented them each with a check for $10,000.