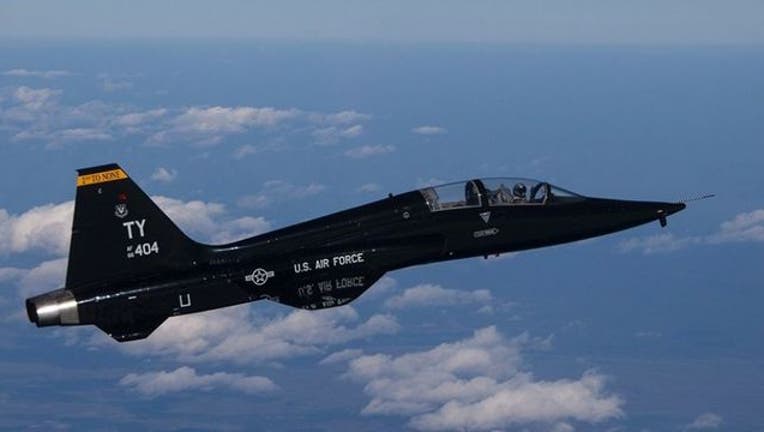 DEL RIO, TX - An Air Force pilot has been killed and another injured after an Air Force training jet crashed near Amistad Reservoir on the Texas-Mexico border.

An Air Force statement says the twin-jet, two-seat T-38 Talon jet aircraft assigned to Laughlin Air Force Base near Del Rio went down about 4 p.m. Monday about 14 miles (23 kilometers) northwest of the base.

One airman was dead at the scene. The injured airman was taken to Val Verde Regional Medical Center in Del Rio. No identities have been released, and no information has been made available regarding what led to the crash.

A board of Air Force officers will investigate.