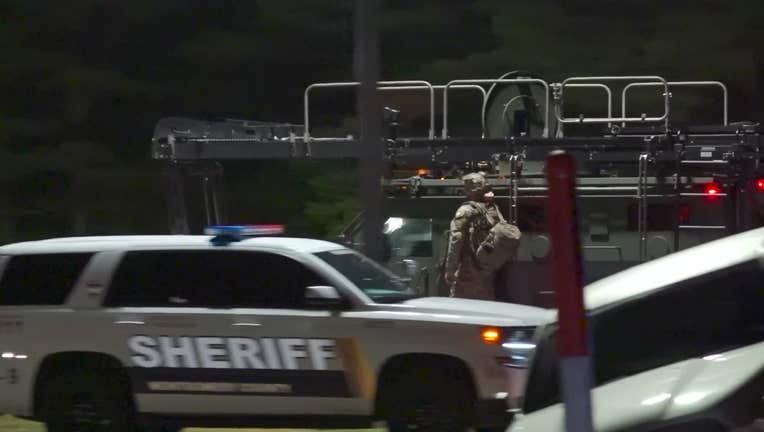 Authorities search for a suspect after a pursuit ended in Montgomery County.

Authorities say an investigation into a report of an aggravated kidnapping led to a pursuit that ended in Montgomery County.

The Harris County Sheriff’s Office says they initially responded to a call about an aggravated kidnapping earlier in the day on Sunday. The investigation then led them to another location.

From that second location, a pursuit ensued, officials say. The chase went through Harris County and into Montgomery County.

Authorities say the suspects ended up wrecking their vehicle near State Highway 149 and Jackson Road in Magnolia and ran away on foot. One suspect has been located, but another remains at large.

A description of the suspect has not been released, other than the suspect is an adult male.

HCSO said the aggravated kidnapping investigation remains open, and they couldn’t release any further information on the case.