After a shelter in Maine put out a call for help for a terminally ill dog, a loving family stepped up to help the pup fulfill his “bucket list” in the days he has left.

PORTLAND, Maine - After a shelter in Maine put out a call for help for a terminally ill dog, a loving family stepped up to help the pup fulfill his “bucket list” in the days he has left.

Rusty, a 1-year-old dog from Georgia, was brought to the Animal Refuge League of Greater Portland after being diagnosed with a liver shunt, meaning his liver can’t detoxify his blood because there is an abnormal vessel shunting the blood away from the liver, the shelter said.

“In Georgia, he had a surgery to restore normal blood flow. Unfortunately, it was not successful,” the shelter wrote in a post on Facebook. “Everything possible was done, but his liver is extremely small and functioning poorly.”

The Animal Refuge League of Greater Portland said the dog’s prognosis depends on how quickly the symptoms of his liver disease progress. For now, the shelter said Rusty appears to be feeling good and enjoys daily walks, squeaky toys, snuggle sessions and naps, adding that there are “no major signs of what is going on inside.” 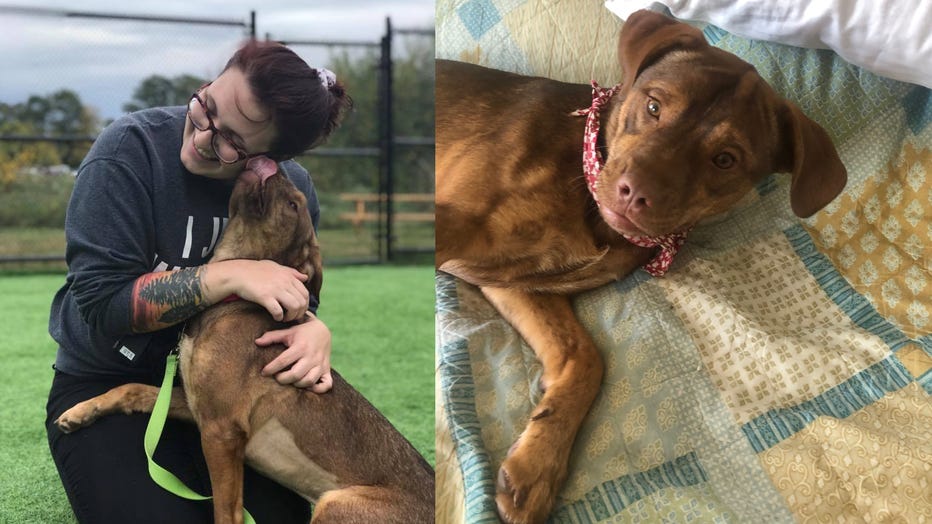 “It could be weeks or months, we simply don’t know,” the shelter wrote. “Our goal is to make the most of the time Rusty has left.”

In a call to find a loving family who could create “a bucket list of Maine experiences” for Rusty, as well as make sure he gets his necessary medication and frequent meals, the shelter turned to social media to find the right hospice home for the pup.

“We know this is a big ask, but we are confident there is a family able to give Rusty the best life in his final chapter,” the shelter wrote.

The Animal Refuge League of Greater Portland said coming from Georgia, there will be a lot of new experiences in Maine to be had for Rusty — including visits to the rocky oceans and beaches, enjoying peak foliage season, hiking in the mountains, exploring lakes and experiencing his first snowfall.

Within a day of posting, the shelter said Rusty had been adopted by a new family who promised to fulfill his bucket list and send photos of his adventures.

“It's a lot of happy tears over here, as he embarks on his next chapter,” the Animal Refuge League of Greater Portland wrote.