The Paris Zoological Park announced a new exhibition featuring the blob that they say is almost immortal, has 720 sexes and regenerates itself after getting cut in half.

PARIS - The Paris Zoological Park announced a new exhibition featuring “an extraordinary living being” they called “a fascinating blob” that is “almost immortal,” has 720 sexes and regenerates itself after getting cut in half, according to the zoo.

The zoo said the organism arrived at their facility on Saturday and is “neither an animal, nor a plant, nor a mushroom,” but “the blob.”

“The blob is a living being which belongs to one of nature’s mysteries,” Bruno David, director of the Paris Museum of Natural History, which the Zoological Park is part of, told Reuters. “We know for sure it is not a plant but we don’t really if it’s an animal or a fungus.”

The blob, called a unicellular being, has only one cell and is “not very young,” according to the zoo. 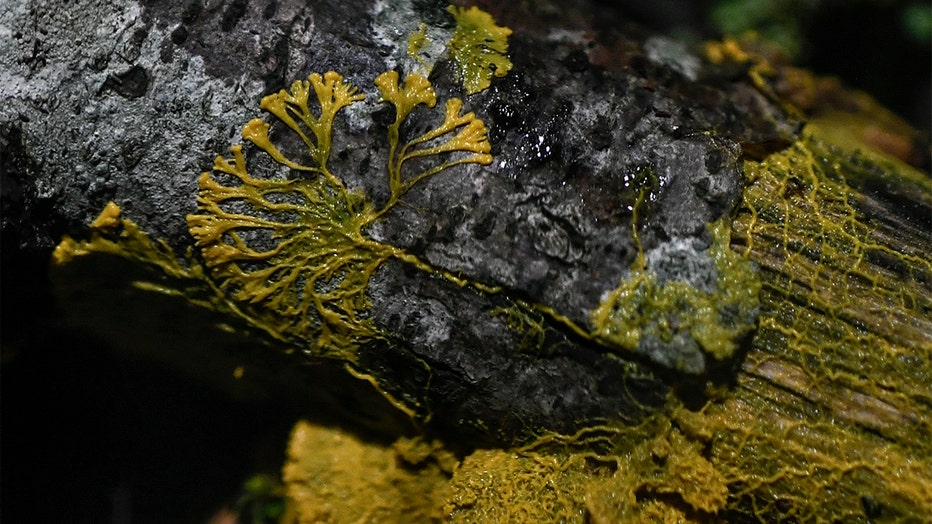 A picture taken on October 16, 2019 at the Parc Zoologique de Paris (Paris zoological gardens) shows a Physarum Polycephalum better known as a "Blob", an unicellular organism neither plant, mushroom nor animal and capable of learning despite its lack

“The blob would have appeared a billion years ago, 750 million years before the dinosaurs,” the zoo said. “The blob is not an animal, not a mushroom and not a plant, it is part of the class of myxomycetes in the reign of Amoebozoa.”

The blob can eat by ingestion without a mouth or stomach, the zoo said.

“He manages to move without legs, without wings or fins, at a speed of one centimeter an hour, four if he sprints,” the zoo said.

The blob regenerates in a short amount of time as well. “Cut it in half, it heals in two minutes,” the zoo said.

“If we split the blob in half, we get two perfectly viable units, which we can then divide into four, eight, sixteen... We would always get more individuals,” the zoo said. “The blob would be a divisible individual, paradoxical no? Conversely, it can also merge, what incredible unicellular this blob!”

The zoo said the blob is also “almost immortal.”

“It fears only light and drought, and it can, under adverse conditions, enter a state of hibernation. To wake him up, a little water, and here he goes again,” the zoo said. “We understand then why he fascinates scientists.”

With all its fascinating abilities, the blob does not have a brain.

“Remarkably, the blob has an intelligence, although it lacks a brain,” the zoo said. “He manages to communicate and solve complex problems, such as finding the shortest way between 60,000 to get out of a maze.”

“In neuroscience, ‘habituation’ is considered the simplest of learning, an attribute generally associated with vertebrates with a complex brain," the zoo said. "So yes, the blob learns, however, it still remains to discover how a single cell reaches this feat. The study of the blob thus opens the way to a better understanding of the mechanisms of intelligence."

David told Reuters that the blob “surprises us because it has no brain but is able to learn.”

“...and if you merge two blobs, the one that has learned will transmit its knowledge to the other,” he said.

“It behaves very surprisingly for something that looks like a mushroom... it has the behavior of an animal, it is able to learn.”