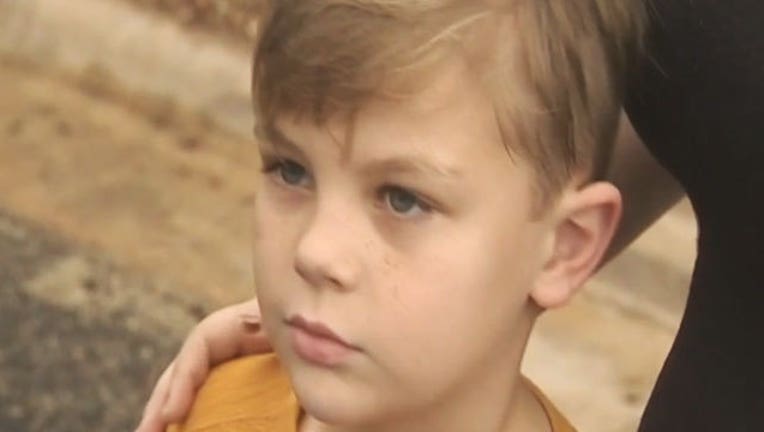 PFLUGERVILLE, Texas— Following the Friday attacks in Paris, a mosque north of Austin fell victim to a hate crime after it was vandalized and damaged. But a seven-year-old Texas boy took it upon himself to show support for his neighbors.

On Monday morning, members of the Islamic Center of Pflugerville found a Quran torn apart and covered in feces at the entrance of the mosque. Later that Monday, Jack, who is only seven years old, came by the center with his mother, Laura Swanson, to give a donation.

"It's disgusting. It's gross. It doesn't matter what you believe or anybody believes, all faith is important and especially peaceful faith," said Swanson. "What happened in Paris is not what happened in Pflugerville. We should all be here supporting each other."

Jack donated all his savings—a whole $20.

The seven-year-old’s act of kindness has touched the hearts of many around the world. For Faisal Naeem, who is a board member of the Pflugerville mosque, that act is worth millions.

Authorities in Pflugerville have called the incident the target of a hate crime. Muslims around the world, including the U.S., are being targeted by anti-Islam backlash more so now in the days after the Paris attacks.

Jack is one of many who have stepped forward to show support for Muslims around the word. In a heartwarming video making rounds on social media, a Muslim man wearing a blindfold stands in a crowd of Parisians mourning last week's terror attacks.

"Hug me if you trust me, I'm told I'm a terrorist" the man tells the crowd. One by one, people embrace him.

For Naeem, these acts bring hope for the future—in a present where the Islam religion has become the center of backlash.

"I'm afraid. I'm afraid of what to tell my kids [who] were born and bred here, go to school here saying the Pledge of Allegiance at school,” said Naeem. “So, what do I tell them that they are Americans but not quite?  And that's sad."