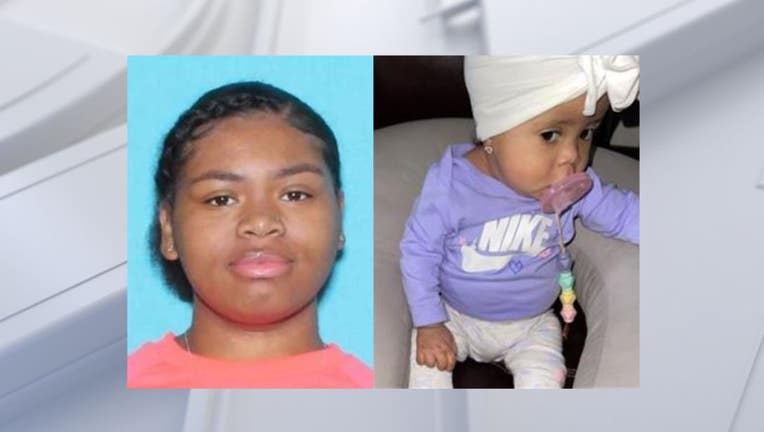 HOUSTON - Officials need your help locating a missing teenage mother and her 7-month-old baby, who is said to have health issues.

Kennedy Greene, 18, was reportedly last seen on June 14 in the 8100 block of Fannin St. in southwest Houston, near NRG Stadium with her baby, Kodi Davis. Officials said the baby has health issues that "need immediate medical attention."

Greene is believed to have last been seen driving a 2017 four-door Honda with the Texas license plate: JDS5615, however, the car may also have an unknown paper tag, police said.

If you have any information on their whereabouts, you're encouraged to call the Houston Police Department Missing Persons Unit at 832-394-1840.